Ask Holly: I made our perfect family look bad

My wife is in a massive huff with me because I made a slight fool of myself and made our perfect family look bad. She has been clomping about the house in her fancy frocks being all frosty and aloof, but to be honest she’s always like that because she’s a miserable cow. Do you think she’ll forgive me by Valentine’s Day?

As a 10-year old girl, I often daydream about meeting a handsome stranger and we’ll have a massive white wedding with silver confetti and a five-tier wedding cake. I’ll wear a big princess dress like a marshmallow that costs enough to feed a refugee family for a year. Then we’ll spend the best part of the next 40 years listlessly wandering the aisles of B&Q and giving each other death stares over dinner because of a minor issue connected to the washing up. I’ll say the same thing every single day about using the toilet brush and secretly complain to all my smug divorced gal pals about every detail of my husband’s pathetic selfish behaviour. But then I’ll be secretly pleased because at least I won’t have to wear Spanx and go on blind dates with weird bald men off Tinder. And at least I won’t ever have to take out the bins.

Shit films better than good ones 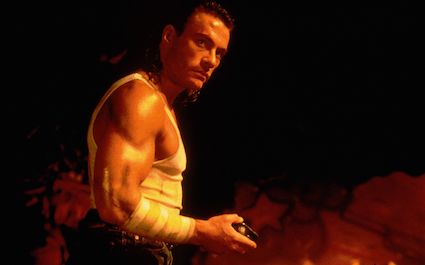 SHIT films are far more enjoyable than actual good films, it has been confirmed.

Researchers found that award-winning films of undeniable quality, including Frost/Nixon and 12 Years A Slave, are far less watchable than anything starring Jason Statham.

A study proved that if subjects were restricted to either Lars von Trier’s acclaimed Breaking the Waves or Jean-Claude van Damme’s Hard Target for 12 months, they would watch the former once and the latter around 400 times.

Professor Henry Brubaker of the Institute for Studies said: “Everyone knows this. Flick channels and see Citizen Kane, you keep flicking. Ace Ventura: When Nature Calls? That’s you for the night.

“Unfortunately the human capacity to lie to ourselves means even the best of us claim to prefer tedious Oscar-winner The Hours to openly crap rom-com Friends With Benefits, even though that could not possibly be true.

“Interestingly the effect is reduced by time, which is why nobody bothers to pretend 1984’s Amadeus is better than Ghostbusters. Because it isn’t.”