TRUMP advisor Steve Bannon begins his day by invoking powers of ancient evil, it has emerged.

Bannon, who looks like he got dressed in a bush with clothes he found hanging off a tree, is thought to say the line as some sort of ‘pep talk’.

Hotel worker Caroline Ryan said: “I was outside his room this morning when I heard him saying it very loudly.

“It was then followed by the sound of huge gusts of wind flying through the windows and the distant sound of Thundercats readying for battle.

“When I got in to change his towels, he wasn’t there and there was just a hint of sulphur in the air. There were a few bandages and a red cape on the floor to for some reason.”

“I changed his towels but to be honest I don’t think he used the ones from the night before. None of the shower gel had been used either, not that I’m casting aspersions or anything.” 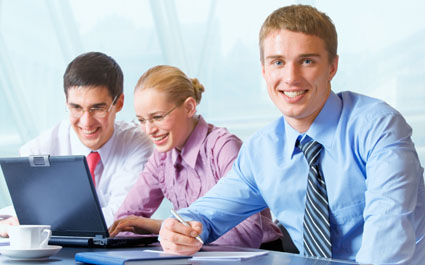 AN office is full of cliques formed by people no one would ever want to hang out with, it has emerged.

Administrator Nikki Hollis’ co-workers are completely dismissive of anyone outside their workplace clique, despite all being totally uninteresting arseholes.

Hollis said: “The IT guys ignore any attempt to be friendly, which would be a real blow if I wanted to talk about IP addresses and some computer game called Dwarf Castle Builder.

“The accounts team blank me too but they sit in complete silence for eight hours a day apart from sighing occasionally, so I’m probably not missing out on too much.

“Even the people I sit with ignore me. They act like they’re Jennifer Lawrence and her A-list party pals but actually they’re boring bastards who once discussed Iain’s turkey sandwich for 45 minutes.

“I thought people in cliques were meant to look down on you because they’re cool.”

Hollis’s latest snub was not being invited to lunch, although eating an unpleasant prawn sandwich alone at her desk was actually more enjoyable than listening to Gavin wanking on about buying a car off the internet.

Post room supervisor Roy Hobbs said: “Nikki could one day be admitted to our elite social circle if she develops an interest in franking machines and martial arts movies.”