Ask Holly: I thought I might sing a song at this debate

I’ve got to do this debate thing tonight, but seeing as no-one in the universe will be voting for me, I thought I might sing a lovely song, or maybe perform a soliloquy from Richard III. Maybe then Alan Yentob will be watching and offer me a job on Top Gear? Or even Watchdog. I’d be happy with Watchdog.

What is really annoying is that grown-ups won’t let children give their opinions about stuff or let us have a vote, but then you make us listen to you going on and on about BORING politics for weeks and weeks and expect us to be in the least bit interested. If I was prime minister I would ban all mention of politics, cancel the general election and give everyone in the whole world a free My Little Pony. That’s how you change lives for the better.

Everyone a winner in Holborn fire 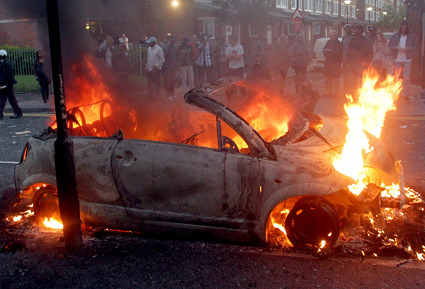 A LONDON fire has been hailed as a hero after thousands got the afternoon off work and Mamma Mia! was cancelled.

The underground electrical blaze in Holborn resulted in local workers being freed from their drudgery to stand outside smoking fags while watching the cool-looking flames coming through the pavement.

35-year-old bystander Mary Fisher said: “You think of big fires as being a bad thing, but I was just about to go into a difficult meeting about a project I had badly ballsed up. Now I’m free and I’ve just met a sexy fireman who wants to take me to a wine bar.

“There should be more fires. A medium-sized street blaze every Friday lunchtime would be great.”

The fire has also been described as a champion of culture after causing the postponement of numerous West End musicals and something with Benedict Cumberbatch in.

Fireman Stephen Malley said: “Generally I am against fires but this is a rare example of a ‘positive blaze’.

“Naturally Londoners get a bit antsy when they see smoke coming from the ground because they assume they are finally being dragged down to hell.

“But everyone behind the cordon seems to be getting along. Look, there’s some kids with ghettoblasters talking to a pensioner. It’s like a video for a Michael Jackson song.”