M&S clothing sales up as Britain stops caring about appearance

BRITAIN has returned to buying clothes from Marks and Spencer after realising that caring about appearances is shallow and worthless.

After years of falling clothes sales M&S is benefiting from a new trend in simply wanting to cover our naked bodies with some material held together by thread.

Martin Bishop, from Peterborough, said: “I want to wear trousers but I don’t want to care about the trousers. I just want them to be trousers and I think that’s all M&S wants too.

“With the Blue Harbour range M&S clearly started with the concept of just making some clothes. No fashion statements, no desire to appeal to individuality, just clothing distilled to its most basic essence.

“It’s like being a Chinese communist. I love it.”

Jane Thompson, an averagely proportioned person from Stevenage, added: “I have wasted so much money on clothes. It is insane.

“Now I just want people to appreciate me for who I am. That’s why I went to M&S and bought these purple and beige culottes, even though they didn’t have them in my size and apparently never will.” 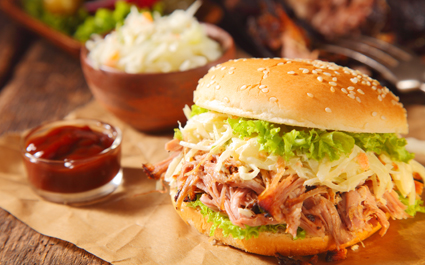 FAST food outlets in poorer areas must become a bit fancy, it has been confirmed.

An increase in takeaways in working class areas has prompted concern from academics that they might not have antlers on the walls and exposed brickwork.

Dr Emma Bradford said: “There is a growing divide between the less wealthy – who get their meat and chips from garish places with plastic seats, strip lighting and staff wearing baseball caps – and the professional class who eat theirs in darker rooms with kitsch art and handsome servers in black jeans.

“The changes required aren’t massive. For example a council estate-type kebab shop could simply dip its chips in the fryer three times, making them triple-cooked.

“Or they could put their fried chicken box meals on little wooden boards with handles alongside a blob of ‘slaw’ that nobody ever eats.

“The food itself can remain the same, it’s the superficial cultural trimmings that need sorting.”

Roy Hobbs, manager of Chick-N-Bite in Gloucester had the name of his restaurant changed to Poulet Vous: “They made us double our prices, put in fifties school chairs and said we can’t play any Rihanna or charty rap, it has to be FKA Twigs.

“But I dug my heels in and we agreed to meet in the middle at Sam Smith.”