CHANNEL 5 is making a documentary about feckless, irresponsible idiots who happen to be middle class.

Producer Tom Logan said: “Viewers will meet Nat, an Oxford university student who’s been spunking his parents’ money on weed, coke and recording equipment he doesn’t know how to use.

“Then there’s Roger, a 55-year-old engineering company director whose family’s luxurious lifestyle is about to end because he hasn’t paid tax since 1995 and  instead spent the money on ‘classic’ cars and a Polish prostitute.

“And for comic relief there’s Charlotte, a scatty 40-something who’s never had a job because she’s too busy writing unpublishable children’s books and drinking wine during the day.

“Although she’s dependent on benefits, that’s not scrounging because she has tasteful framed prints in her flat and sounds like Mariella Frostrup.”

Logan denied the show’s participants were being manipulated, saying their only inducement was being told they could be famous and earn millions of pounds.

TV viewer Nikki Hollis: “I loved it when Sally the middle-aged housewife completely fucked her family’s life up by becoming a jihadist. I felt really superior.” 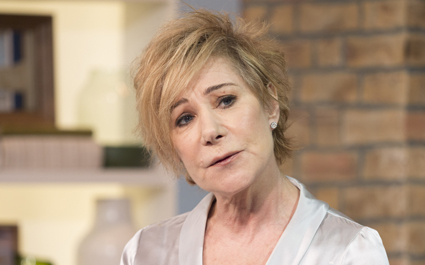 ED Miliband believes that Zoe Wanamaker would bring a fresh twist to the role of Darth Vader.

He added: “It’s 2015, I think the world is ready for a female Vader and I hope the new Star Wars films will deliver that.

“There’s no reason why the character has to be really tall with a deep boomy voice. ‘Darth Vader’ is a pretty gender neutral name.

“Vader could be Luke Skywalker’s mum. That would be an awesome reboot. Imagine them having a massive light sabre duel then the helmet comes off and its the lead actress from My Family and she’s like ‘Luke…I am your mum…’.

“Everyone would be into that. Unless they were misogynists.”

The Labour leader’s suggestion follows his comment that Rosamunde Pike should be the next James Bond.

Bond scriptwriter Tom Booker said: “It’s an interesting idea but most of the scenes would start with her explaining that her parents just really liked the name James.