I’m really happy in my new relationship with Orlando Bloom but I have a conundrum. How long do I have to wait before I can ask him to dress up in his Legolas gear and shoot me with his elf bow and arrow?

Sorry to hear your new boyfriend has such a silly name. Me and my friends like dressing up too, especially at birthday parties. When Cindy Lau had her 10th birthday there were sixteen children all dressed as Elsa, including three boys. Cindy’s mum had a massive panic attack from seeing all those Elsas going mental in her house and shut herself in the bathroom crying while we ran around smashing everything in the neverending quest for sweets. 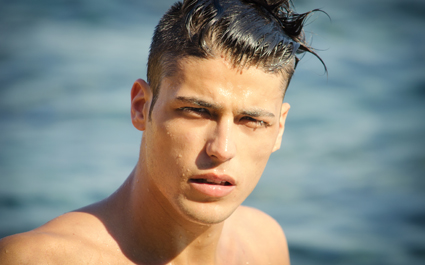 TELEVISION is now just a parade of muscular posh men striding manfully out of lakes, it has been confirmed.

Following the success of BBC One’s War and Peace and Naked Posh Men in a Lake and ITV’s Grantchester: The Case of the Gratuitous Lake Scene, channel bosses have decided to broadcast purely broad-shouldered public school males emerging onto riverbanks.

A BBC spokesman said: “There will no longer be programmes as such, just a looped clip of a brooding man with tasteful body hair emerging from a body of water and picking up some sort of period costume from a tree branch.

“Viewers will be treated to a brief shot of his cock and balls.”

ITV will also featured a full schedule of tousle-haired former public school boys sploshing towards the camera, as well as comic relief in the form of Ant and Dec’s Tiny Lakeside Penises.