Man thinks anything he doesn’t understand must be easy

A MAN’S simple-minded ignorance has left him convinced that everything from teaching to programming a computer is easy.

Lettings agent Wayne Hayes’ simplistic view of most things means he is frequently astonished by people claiming they are difficult or wanting to be paid more for doing them.

Hayes said: “Teachers are always saying how hard it is, but it’s just telling people stuff. Once you’ve done it for a few years you probably know all the sums off by heart anyway.

“Okay, there’s other stuff like discipline, but if I was a teacher I’d just say, ‘You’re 11 and I’m 35 so do me an essay about Hitler or I’ll kick your fucking head in.’ How hard can that be?

“Or look at films. The Revenant was good, but in principle it’s no different to me videoing my cousin’s wedding, and that came out fine apart from all the dark bits.

“Computer programming is the real con. It’s mainly typing in random numbers. You need an idea first, like ‘spreadsheets’, or ‘space’ if it’s a game.”

Other activities Hayes has failed to grasp the complexity of include flying a helicopter, running a pub and being a barrister, which he has described as “tricking people into saying they done it”.

Rugby ‘can turn you into a bellend’ 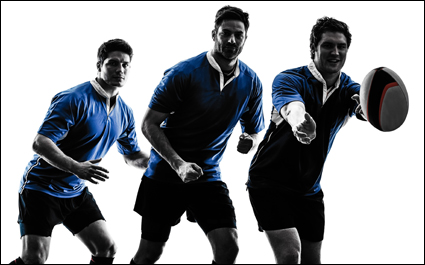 THE risks of rugby include getting a taste for moronic drinking games and trouser-dropping stunts, it has emerged.

After doctors warned the sport was too physically dangerous for schools, experts argued that the real peril to players is becoming the sort of person who thinks drinking a pint of piss is good blokey fun.

Amateur rugby player Tom Logan said: “The chances of being seriously injured are small, but there’s a 95 per cent chance you’ll start going on boozy coach trips and running naked through hotels trying to whip your mate’s arse with a towel.

“In addition to getting staggeringly drunk in large, threatening groups, you will probably also feel the urge to take your trousers off in the middle of Pizza Hut.

“You’re likely to develop an interest in misogynistic songs, possibly involving digging up a dead prostitute or some equally juvenile attention-seeking nonsense.

“There is also a very high risk of starting to wear a blazer with a badge.”

Sports scientist Donna Sheridan said: “Rugby can cause serious ailments such as torn ligaments and spinal compression. It is character-building, although the character is builds is that of ‘very loud twat’.”