A 46-YEAR-OLD woman who claims people regularly mistake her for her 22-year-old daughter is clearly lying.

Nikki Hollis, a delusional youth-obsessed woman who still goes to nightclubs, said: “Although I’m more than twice her age, my amazing figure and youthful complexion mean that friends often mistake me for my daughter, Carol.

“Either that or they think we’re sisters. It happens all the time!”

However family friend Mary Fisher said: “It never, ever, happens. Maybe once she asked me ‘do you think I look like Carol?’ and I politely grunted.

Carol Hollis said: “It’s true that my mum does borrow my clothes. However they’re always stretched to fuck when she gives them back.”

Ministers hopeful that pension age rise will finish you off 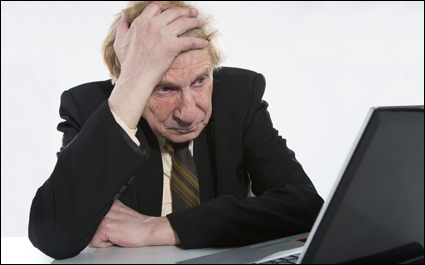 THE government is hoping to finish you off early by raising the state pension age, it has been claimed.

Britain’s ageing population must now work until 75 to qualify for a state pension, but ministers are quietly confident you won’t make it that far.

A government spokesman said: “Nobody wants to be a burden on the state, and this is a great opportunity for hard-working Brits to keel over at their desks with a final exhausted wheeze, like a deflating tyre.

“We’re also introducing tax breaks to encourage elderly workers into strenuous manual jobs that are really taxing on the heart, like rock-breaking.”

Office worker Julian Cook said: “I imagine my slumped corpse will be discovered at my desk when the night cleaner gives it a shake to check I’m not actually asleep.

“It’s all worth it though, if it means I’ve helped the economy in some small way. I never liked golf anyway.”