Ask Holly: It's nearly October and I haven't seen any Christmas adverts, what the hell is wrong with people?

It’s nearly October and I haven’t seen any Christmas adverts yet. What the hell is wrong with people?

I’ve already started making my Christmas list. I don’t need any toys, they are soooo 20th century. Why go outside and ride a bike or waste time with Barbie dolls when you can spend seven hours a day watching a pair of disembodied hands opening surprise eggs and talking in an annoying American accent about collecting Shopkins? If you don’t know what I am talking about then you either don’t have kids or you need to learn how to parent with your iPad. Either way you need to get a life.

Sexting ruined by knowledge of grammar 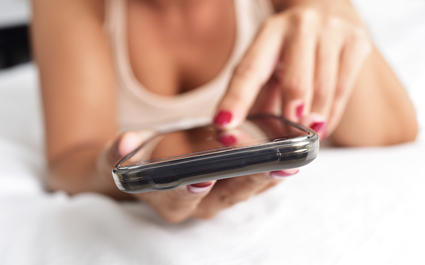 A STEAMY texting session has been ruined by a man’s familiarity with the subjunctive.

Tom Logan was hoping to spice things up with his partner Emma Bradford, only to find his mood deflated by her misuse of apostrophes.

Logan said: “We wanted to keep things interesting, but she’s never heard of subject-verb agreement which is fundamental to successful sexting.

“I can’t be attracted to someone who writes ‘my stockings and bra is coming off the minute you get home’.

“To make it worse, she wrote ’I want you to touch me down their’, and asked me about my ‘pant’s’. Then she sent me some very revealing photos, but all I could see was the comma splice in the caption.”

Logan attempted to ignore Bradford’s split infinitives and random use of semicolons, but eventually found himself becoming so irritated by her inability to distinguish between ‘its’ and ‘it’s’ that he had to call a halt.

He said: “I pretended I had a meeting, but really I just shut myself in the stationery cupboard with a copy of the Economist Style Guide to calm myself down. The misuse of ‘whom’ is a red line for me.”

Bradford said: “I get off on humiliating him by pretending I don’t know the difference between ‘fewer’ and ‘less’.”