Hard kid from down the park tops FA list

THE hard kid from the park who always gets first pick of players has been tipped to replace Sam Allardyce.

The Football Association has sounded out the hard kid during secret talks outside the Londis next to the park. His weekly wage demands include six packets of Flamin’ Hot Monster Munch, 20 Lambert & Butlers and unlimited use of an Xbox.

An FA spokesman said: “Hard Kid has an impressive record of beating his mate Deano’s team week in and week out, playing exciting, attacking football often using a revolutionary 2-3-7 formation and rush goalie.

“Hard Kid is also a strict disciplinarian who is not afraid to pull down a miscreant’s pants when there are girls watching.

“He claims his dad is in the SAS, and we believe he may be telling the truth.”

However football analyst Stephen Malley said: “Hard Kid’s tactics are predictable, he always plays the fat boy in goal and insists on a defence made up of players whose voices haven’t broken yet.

“Also he has a criminal record from when he opportunistically stole a tray of plums.”

Humanity refusing to accept Nevermind came out 25 years ago 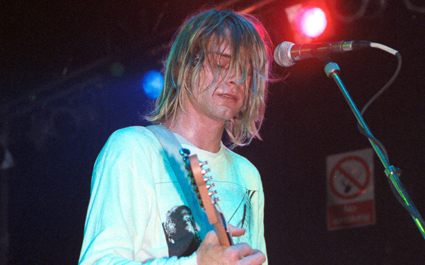 NIRVANA’S Nevermind album did not come out 25 years ago, everyone has agreed.

The alleged 25th anniversary has convinced middle-aged people that the media and the record industry have made a stupid mistake.

“Clearly there’s been a mix-up and they’ve celebrated the anniversary when it isn’t due for years yet. They must have gotten it confused with a Beatles or Stones album.

“Whoever made that glaring error is probably going to get sacked.”

Mum-of-two Donna Sheridan, 44, said: “If Nevermind came out 25 years ago I’d be quite old by now, but that’s clearly not the case because I wear trainers.

“Just the other day I was telling my son how Nirvana played proper music, not like this grime rubbish that’s just a load of noise and shouting without real instruments. That’s not the sort of thing an old lady would do.

“There’s probably a simple explanation for all this, like a cosmic temporal anomaly that’s added extra years to history.”