Ask Holly: Labour is like a toddler blindfolded and covered in jam about to cross the M25

Look. I’m really worried about the Labour Party. It’s like a toddler blindfolded and covered in jam about to cross the M25, or like a tiny little banana about to be eaten by a rampaging ape and shat from on high out of a massive tree, or like a packet of crisps bobbing up and down on a steaming river of sewage, meandering its way down stream towards a massive waterfall of catastrophe. Oh dear, I think I might be depressed. I can’t think why, life is hunky dory just now. Should I seek medical advice?

Have you tried cutting down on sugar? We learned all about sugar and diet in school and how anything that tastes remotely nice is EVIL and must not be put in your mouth unless you want to be obese and forced to buy all your clothes in Evans. The same goes for alcohol, drugs and Robinsons Fruit Shoots. A short term buzz isn’t worth the days of self-destruction and self-hatred that follow a Fruit Shoot. When you have to start apologising to family members for your shameful behaviour following the green apple flavour one you know it’s time to quit. But don’t worry, my granny says this is all a load of nonsense because she has been eating pink wafer biscuits and Highland toffee for breakfast for 85 years and she is fine, but she also thinks Dale Winton is a sex god, so make up your own mind. 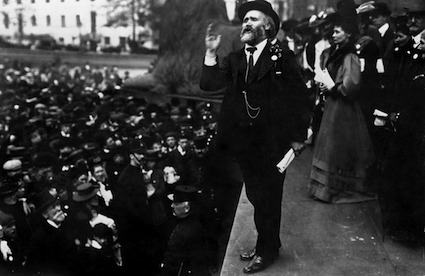 The Labour Party, started in 1900 by self-confessed socialist Keir Hardie, has seen a ‘suspiciously large influx’ of people who believe a lot of the same things as he did.

A senior Labour official said: “These people are clearly very interested in politics, but for some reason they haven’t joined the Conservative Party. It would appear they are really into redistribution of wealth, nationalisation and the welfare state. It’s all very sinister.”

Jane Thompson, who joined the Labour Party recently, said: “At first I double-checked to make sure I wasn’t an MI5 agent.

“I’m pretty sure I’m not, though MI5 can do all kinds of weird things. Anyway, the most likely explanation is that I now believe the Labour Party could potentially do things with which I actually agree.

“Also, I was a member from 1981 until 1994. At that point I decided it wasn’t really for me anymore. Something must have happened.”