I recently got a new job and although I was worried it might be tough, turns out it’s actually a piece of piss. I’ve already made some new friends, including Vladimir Putin. Everyone told me he’s a dick but he’s actually pretty sound and we have loads in common. He’s invited me round to look at his collection of retro nuclear buttons and listen to apocalyptic music. Do you think he likes me for just friendship or will he expect more?

More to the point, have you SEEN Brooklyn Beckham’s hair? This is a classic example of a Shakespearean tragedy: something that could so easily have been avoided, had a series of events not conspired to make it come about – beginning with Posh falling in love with Becks all those years ago. We all thought Brooklyn to be the perfect combination of Victoria’s business savvy and David’s beautiful physiology, but now, with that ridiculous blond hairdo and a failure to do anything useful, we can see he is simply the unfortunate result of a  rubbish singer crossed with a squeaky Cockney thicko. 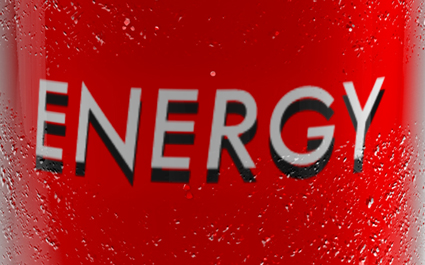 EVERYONE in Britain is secretly drinking 15-20 cans of cheap, unbranded energy drinks a day, it has been confirmed.

Researchers confirmed that everyone from the ages of 13 to 70 is wildly addicted to the ‘knock off’ drinks and they would not be able to run around like a maniac all day without them.

Teenager Wayne Hayes said, “Being 14 can be pretty laborious sometimes, so I need a huge caffeine boost to get me through the day.

“Usually one in the morning, a few more over lunch, then four or five on the way home from school. Then one with my tea and a couple before bed.”

Office worker Mary Fisher said: “Several cups of strong coffee a day just wasn’t enough caffeine for me so the extra half-dozen cans of energy drink as well is really giving me that extra kick that I need.

“Most nights I fall asleep about five o’clock in the morning. I suppose I’m just quite an energetic person.”

The energy drinks are even being consumed by cash-conscious pensioners. Roy Hobbs said: “35p would have been cheap when I was a kid and I’m nearly 100 years old now – thanks to regular exercise, not smoking and drinking lots of unbranded energy drinks.”