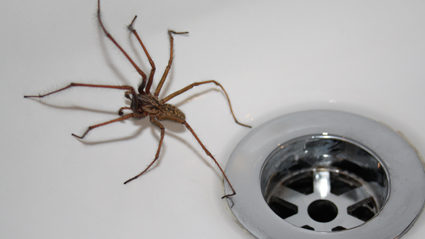 A MASSIVE spider has confirmed that it is in no way more scared of you than you are of it, so you best just keep walking.

Spider Tom Booker made the announcement to his human ‘housemate’ Julian Cook after appearing in his bathroom this morning.

Booker said: “I’m a massive spider who traps and kills things before devouring their corpses. My skeleton is on the outside of my body, like something out of a messed up horror computer game.

“My life is a short, brutal struggle to devour or be devoured.

“So you can keep telling yourself that I’m scared of you or just look into my cold, black eyes and realise that is total bullshit.

“I’ve already laid loads of eggs in your pillow.”

Cook said: “I was going to hit it with a hammer. But then I run the risk of the spider getting the hammer and that really is the thing of nightmares.

“It’s probably easier if I just move out.” 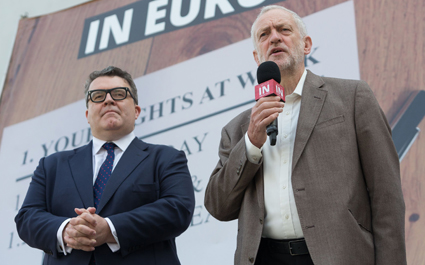 JEREMY Corbyn is great but I also think he should be shut away in a steel box and never allowed out.

Jeremy is a wonderful boss, and I am obliged to support every decision he makes, whether I agree with it or whether it makes me want to eat my own shoes.

I know I can always discuss things with him, and that afterwards he will make the decision he was going to make anyway, because of a refusal to compromise his beliefs, or to listen to anyone who disagrees with him. That’s why he’s the leader he is.

He is also a close friend, and as such, I feel it is my duty to protect him from things like negative publicity, Prime Minister’s Questions, and sunlight. This is why I think he should be put in a small, comfortable room – possibly even a metal box – and then the room/box should be locked, and the key should be given to me, and then I will put the key somewhere safe.

Jeremy will be well looked-after in his box, or closet, or cell, call it what you will. I will personally ensure he has ample food and water, and subscriptions to the Morning Star, Socialist Worker and the NME (which is free these days anyway).

I’m sure Jeremy will ultimately agree to be put in a box, because he has always done what is best for the Labour party, if you don’t count the 428 occasions when he voted against the party whip.

I firmly believe that this is the best decision for Britain, for Labour, and for Jeremy’s own protection. Only with Jeremy in his box – perhaps oubliette would be a better term – can we stop the party struggling.

As Jeremy should stop struggling – flailing his spindly limbs and making empty threats. This will be much easier for all of us if he comes quietly.