Ask Holly: We're only a week into 2016 and I've already set off a nuclear bomb

I could totally kick myself: this year I made a resolution to be more considerate of others, and I was SO sure I was going to manage it… but here we are only a week into 2016 and I have already set off a nuclear bomb. My willpower is pants! Have you got any tips to help me stop being so weak-willed?

My mummy and daddy are doing that Dry January thing and they’ve joined the gym and haven’t shouted at each other for days. They promise these things every year but never make it past the second week. I don’t get why adults set such unobtainable goals for themselves: my own resolutions are to marry Brooklyn Beckham; to win one of Wonka’s golden tickets; and to learn how to master the Force. You may scoff, but all of these are infinitely more realistic than sustained use of a Virgin Active subscription. 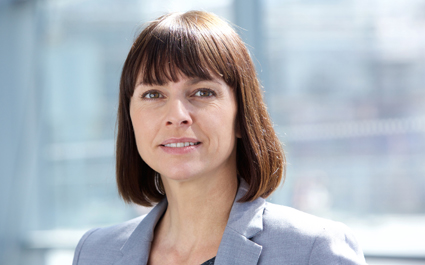 THE shadow minister for Resigning To Make A Political Point has offered her resignation to Jeremy Corbyn.

MP Helen Archer, who took the position in order to damage Jeremy Corbyn, has joined the junior minister for Storming Out Angrily and the minister for Self-Important Political Gestures in leaving the front bench.

She said: “The sacking of shadow culture secretary Michael thingy has left me with no option but to tender my resignation.

“The shadow cabinet, a group of people who pretend to have jobs they do not actually have, is now missing several key positions including under-minister for Pompously Walking Out On Principle.

“Frankly they cannot function any longer and Jeremy Corbyn must quit immediately.

“Either that or I’ll take my old job back. I don’t think they’ve noticed I’ve gone.”