Last night, Romeo and I went to see Star Wars and did the usual pointless poses in the red carpet. I might look like I belong in front of the camera, but what people don’t realise when they see me pouting vacantly in a leather jacket is that I’m actually thinking about Euclidean geometry, and trying work out what is the minimum energy configuration of N particles bound to the surface of a unit sphere that repel each other with a 1/r potential (or any potential in general). Am I a huge disappointment to my family?

Mourinho only 47 scapegoats away from blaming himself 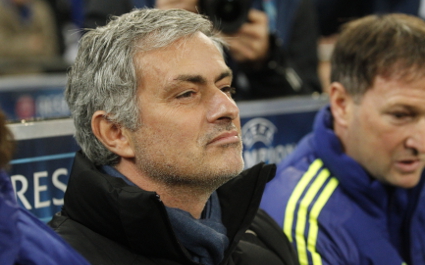 CHELSEA boss Jose Mourinho is beginning to run out of people to blame for his side’s catastrophic title defence.

This week the Portuguese manager has turned his ire on Eden Hazard, Kurt Zouma and Leicester City’s ballboys, meaning he could be less than 50 scapegoats away from self awareness.

Chelsea fan Donna Sheridan said: “At first Jose blamed the FA, Rafa Benitez, and referees. Then he moved on to Arsene Wenger, the medical profession, and a gypsy curse initiated by Rafa Benitez.

“After we lost to Bournemouth it was fatigue, Cesc Fabregas, and a masonic lodge in the pay of Rafa Benitez.”

However, Mourinho is confident that he still has plenty of stooges left to shoulder the blame, adding: “For it to be my fault, I would have to be capable of making mistakes.

“I’m sure there are a few reserves I haven’t publicly shamed yet, and I’ve not even begun to talk about Avram Grant, wind farms, or food poisoning caused by Rafa Benitez.

“Also, we have millions of fans, so it could conceivably be the fault of any one of them.”