Pub quiz not treated with appropriate level of seriousness

A PUB quiz team treated the event as if it were lighthearted fun, it has emerged.

Quiz regulars at the King George pub in Swindon, who attend every week because it is the highlight of their lives, expressed concern at the new team’s casual, frivolous approach.

Dedicated ‘quizzer’ Norman Steele is a member of the long-standing ‘The Beards’ quiz team. He said: “Everyone knows that the pub quiz is an intellectual gladiatorial arena of the utmost gravity. But there was a new group last night who didn’t even have a proper name, after dithering about it for ages they just called themselves ‘Darren’s Team’.

“They did not bring their own pen, nor did they make any attempt to conceal their answers by covetously shielding their answer sheet as if it were a precious gem.

“During the half-time interval one of them stood next to me in the toilet and straight out asked what was the name of Duran Duran’s first UK number one.

“I told him it was The Reflex, which is actually their second number one but it serves him right.”

‘Darren’s Team’ member Mary Fisher said: “None of us had even been to a pub quiz before and it was great fun, at least until we won. Then the room when deathly silent and somebody muttered about how ‘new people cannot win’.

“We took our £7 prize money and fled via the fire escape.”

Fan with £11,000 worth of Force Awakens merchandise excited to see if he likes it 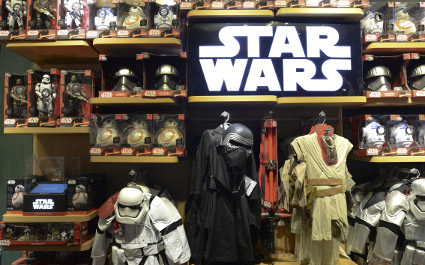 A STAR Wars obsessive cannot wait to find out if his hundreds of The Force Awakens toys are from a film he actually enjoys.

Nathan Muir, who owns Lego models of Poe Dameron’s X-Wing and Kylo Ren’s Command Shuttle among a host of other pre-emptive merchandise, will find out at lunchtime whether they appear in a thrilling movie or just another mediocre sequel.

He said: “Based on the quality of the cereal alone it’s got to be fantastic.

“But then I remember tucking into a KFC Phantom Bucket under the shadow of a life-size cutout of Darth Maul thinking that nothing could possibly go wrong.

“Will this remote control BB-9’s antics no longer delight me after today’s lunchtime screening?

“When I dress up in an authentic Rey outfit for New Year, wearing the limited edition Covergirl Dark Side mascara, will I seem pathetic rather than, as now, womanly and magnificent?

“I might hold off until it comes out on DVD. After all the film’s not really important at this stage.”