I’ve got a theory on why Brits are less aspirational than Americans: they are workshy gits who have no idea of the hard graft required to make it as an international superstar and tantric sex god. Unless Philip Hammond can train the UK workforce to sustain an orgasm for five hours then you’re all doomed. Don’t you agree?

More importantly, what about poor old Kanye? I’ve got a pretty good idea what happened – someone must have eaten far too many fruit gums and then been sick all over his lovely new white couch and it made him go completely insane. I know this because that’s what happened to my mummy. Don’t worry, they didn’t have to handcuff her, she just shouted and cried a lot and drank quite a lot of wine. 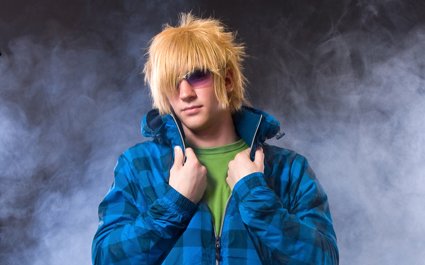 A TEENAGER’S belief that a local college course will lead to an amazing career in the media has been politely humoured by relatives.

Tom Logan, 17, described his Media Theory & Production course at a family meal in a pub where no one could bring themselves to tell him it was bollocks.

Aunt Donna Sheridan said: “Tom’s got this fanatical belief that the course will lead to a brilliant career in TV or film, but it’s clearly just mildly exploitative local tech college rubbish.

“The giveaway was that it’s mostly waffle like ‘the semiotic of the news cycle’. They’re making a short film but that takes a year because there’s only one camera between 20 people.

“However Tom’s confident that once he’s finished the course he’s going to ‘spend a couple of years at the BBC or Channel 4’ then set up his own film production company.

“We all said how great that was, except his parents, who just ordered another round of drinks.

“The most embarrassing bit was when Tom said he’d have to move to LA if he wanted to ‘play with the big boys like Spielberg’. I just said it was good to plan ahead.”