Ask Holly: Why have I brought back grammar schools?

Something strange is going on. Basically, I say one thing but actually mean the complete opposite: it’s really rather odd. So, for example, as I said last year, I am really against selective education and won’t be reinstating grammar schools…and yet now I find myself approving the first selective state school in the UK for fifty years. What’s going on with me? Aren’t I silly?!

I would love to go to a posh girls’ school where they wear stupid hats and blazers and fight each other with hockey sticks. I would be called Valentina or Henrietta or something rubbish and I’d ride my pony to school. All the girls would form a hierarchy based on who had the shiniest hair and sometimes we would all faint for no reason. When it was over I would become a London-based media professional with an irritating laugh. 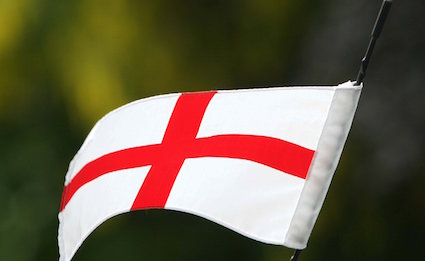 ENGLAND fans are convincing themselves the team has no chance at Euro 2016 and is therefore certain to win.

The process began shortly after the win in Lithuania.

Tom Logan, from Basingstoke, said: “We are so far behind the Germans, the Spanish and the French it is hardly worth going. Though in some ways the lack of expectation takes the pressure off our boys and will allow them to flourish. If we go to France just to enjoy ourselves and play with freedom, I reckon we can surprise a few people, including myself.”

Janet Fisher, from Peterborough, said: “Being the underdog and setting out to prove a point to people like me suits us. I am sure if I carry on slagging the lads off we will sneak in under the radar and stuff it down my throat.”

Julian Cook, from Stevenage, added: “England are basically rubbish, but you only have to look at what happened with the Danes in 1992 to see that, with a bit of luck and a favourable draw, we have as good a chance as any side in the tournament, if not a better one.