Ask Holly: Will my souffle remark trigger a Mumsnet vendetta?

I’ve said it once and I’ll say it again: giving birth is easier than baking a souffle. Fair enough, you never have to try and squeeze a 9lb souffle out of an impossibly small exit hole; and it is quite rare for a souffle to cause haemorrhoids, stretch-marks, acid reflux or post-natal depression; nor do souffles make you shit yourself when you take them out of the oven, but you’ve got to admit, they are quite tricky. Do you think those mental Mumsnet women are going to come and get me for saying that?

Whoever invented a way for mums to get together and do their gossiping on the internet is on a par with the person who invented the atomic bomb. No doubt their initial intentions were good, but they have unleashed a force upon the world so awesome and dreadful, that it threatens the whole of humanity. Mums should be kept in isolation as far as possible and NEVER given access to social media. If that Jeremy Corbyn wants to win the support of kids and dads everywhere, he should stop worrying about Trident and seal Mumsnet in a concrete bunker. 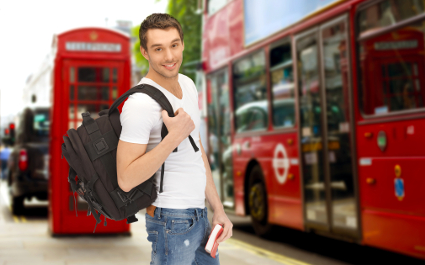 A NORTHERN man has left a trail of terror across London by attempting to interact socially with everyone he meets.

Stephen Malley has left residents of the capital traumatised by his relentless onslaught of cheerful chat and maintained eye contact.

Euston ticket office operative Julian Cook said: “I pushed his Travelcard at him while staring fixedly downward but instead of scurrying off, head bowed in shame, he just stood there.

“I realised that his earlier remark about London attractions was not addressed to a Bluetooth headset but to me, and that he actually expected an answer.

“I closed my position immediately and have an appointment with the trauma counsellor.”

Malley’s campaign of terror spread to pubs, where he attempted to engage strangers with prying questions about what sort of day they were having. Later he left an entire tube carriage confused and angry with multiple light-hearted remarks about how crowded it was.

Malley said: “I’m actually a surly, miserable bastard, but when Northerners come down here we do this to ensure the people of London never visit us to discover our beautiful landscape and abundant, cheap housing.

“What a relief it was to arrive at Warrington station last night and tell the Big Issue seller to go fuck himself.”