Beastie Boys apologise for Rage Against the Machine

The Beastie Boys’ fusion of hard rock and rap spawned a legion of imitators, including RATM, whose 1992 single Killing In The Name made Horovitz wish he had never picked up a microphone.

He said: “None of us knew when we started out that we would one day inspire some self-important trustafarians to make the some of the worst music of the 90s.

“I hate the fact that I am responsible for songs that are like being shouted at by a pubescent Noam Chomsky while moshers spray you with warm beer and saliva.”

Henry Rollins, ex-frontman of Black Flag, added: “RATM took our alienated anger and turned it into protest songs for teenagers whose parents wouldn’t let them have a telly in their bedroom.

“They are posturing hypocrites with an idiotic name. And that’s coming from me, a guy who once released a song with a band called Les Claypool and the Holy Mackerel.”

Leader of UK ‘must be prepared to kill everyone’ 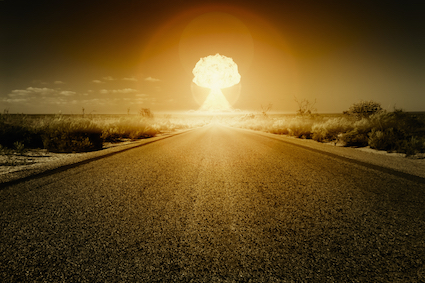 ANY future prime minister must be willing to guarantee the total destruction of the UK in a nuclear war.

As Jeremy Corbyn pledged never to use nuclear weapons, voters made it clear they will reject anyone who will not cause them to be vaporised.

Donna Sheridan, from Stevenage, said: “We should definitely kill millions of enemy civilians because it might cheer us up a bit before we die.

“Retaliation would ultimately be pointless because widespread destruction would be inevitable and they might just send more missiles to finish us off. So we need to be led by someone who isn’t very good at thinking logically.”

She added: “It would help if they had a total disregard for human life and a fixation with apocalyptic vengeance. It’s a shame they killed Bin Laden because he’d be perfect.”

Tom Booker, from Hatfield, said: “A few people would probably survive so fighting back would boost morale. And morale is vitally important when you’re scavenging in the ruins with your teeth falling out.”