Can you suggest a guilt-free snack to keep me going at work?

I always get so hungry at work these days. Can you suggest a guilt-free snack to keep me going?

I know how you feel. All this recent bad press about salt and sugar and obesity has led to poor school children like me being deprived of their customary lunch box treats. Where once I would find my sandwiches nestled invitingly between a packet of beefy monster munch and a Mars bar, now they are balanced precariously on a lonely hard boiled egg and an apple. You can’t even bribe a rogue dinner lady to give you a plate of chips anymore: how are the poor children going to survive the long cold winter without Haribo?

Steroids confirmed as this generation's Ecstasy 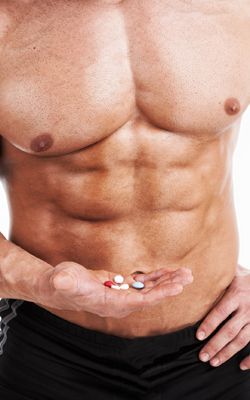 MUSCLE-BUILDING steroids have been confirmed as this decade’s defining drug.

As most men under 25 are transformed into lumbering monsters, experts confirmed that steroids bought from massive bald men with tiny eyes were the iconic illicit chemical of this generation.

Professor Henry Brubaker of the Institute for Studies said: “Historically, drug trends have been associated with movements in music and culture, like ecstasy with house music, speed with punk and acid with meandering folk rock.

“But people aren’t really arsed about that any more, they just want to get so massive they block out sunlight, slather themselves in fake tan, then amble around provincial shopping centres in tight jumpers.”

“Personally I think my mind is already too big and I want to shrink it so I am less plagued with self-doubt.

“My main thing is having massive square tits.”

25-year-old Roy Hobbs said: “E’s are good if you want to feel like you love everyone and everything.

“But steroids are the best for having a massive shit-fit in a designer shoe shop for no reason, then smashing it up like the Hulk.”