I need a summer make-over. Over the winter I’ve done that usual thing of slipping into a look that says, ‘I am a merciless, capitalist party animal; I’m going to dismantle the state piece by juicy piece and you plebs can do nothing about it’. But I want something softer and lighter for the warm weather, maybe with slightly more humanity round the eyes. Have you got any tips?

Did you know that a glitter pen makes an excellent lipstick for a dog? If the dog’s hair is light enough, you can probably also do some contouring with a Sharpie around the cheeks, and maybe even write a rude word on its back. Why spend hours doing your own make-up when you can get instant gratification from vandalising a Yorkshire terrier? 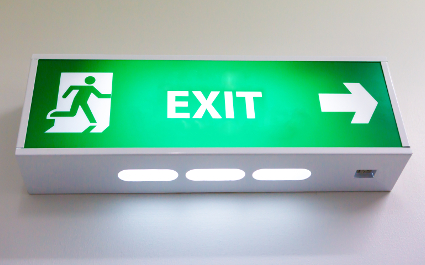 BRITAIN has been cleared to leave the EU because Brexit is perfectly usable while other countries have been permanently barred.

New amendments to the Treaty of Lisbon mean that only countries “whose names begin with two consonants not shared by any other member state” are allowed to withdraw from the union.

EU president Jean-Claude Juncker said: “The Grexit is unavoidable, and we can countenance a Brexit, a Spexit, a Swexit or even a Frexit.

“We might even encourage a Czexit because that one’s just perfect. But how are Portugal, Italy, or Latvia supposed to leave?

“Latexit? It sounds like a range of spray-on fetishwear. Slexit could mean Slovenia or Slovakia, so they’re not going anywhere.

“And countries like Ireland, the Netherlands and Austria can forget it. Too unwieldy.”

Juncker added: “It’s a good thing Norway never joined. A Noexit would mean that they were leaving and not leaving simultaneously, stranding them in quantum uncertainty forever.”