Dear Holly: What can I do to escape the cruel glare of the media?

As if my self-esteem wasn’t already low enough, this morning I open the newspapers and see numerous intrusive and personal photos of me in a range of uncompromising positions laid bare for all to see, taken with some kind of high-powered telephoto lens. And to make matters worse they refer to me as a dwarf! I am not a bloody dwarf, I am just rather little, and all I want is a bit of respect and privacy. What can I do to escape the cruel glare of the media?

We did the planets at school last year so I know everything there is to know about astrology. We live on planet Earth which is the best planet because One Direction live on it, but one day we might go and live on Mars because it is made entirely of chocolate. If we go there, our king will probably be Brian Cox because he loves Mars bars. There are some other planets too: Jupiter, Dyson and Vulcan, but they are all too rubbish and inhospitable so only mental Scottish people dare live on them, and there is also a planet called Freddy Mercury which is also known as the big gay planet. Apart from that it is all pretty boring.

50 Cent’s tips for hip hop lifestyle on a budget 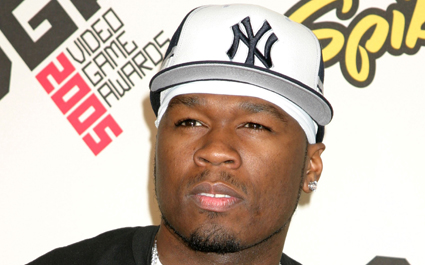 IT’S not easy to maintain a ridiculously ostentatious rapper lifestyle on a realistic budget, but it can be done.

I thought being broke would be a bitch, but it’s actually very liberating because it makes you get creative in your behaviour. For example:

– Frosty Jack’s cider is a cheap, refreshing alternative to Cristal and looks exactly the same in a champagne glass.

– When burning banknotes to show off in nightclubs, use less valuable foreign currency. Or make realistic ‘fake money’ by photocopying notes onto sheets of A4 (you can get six on a side) then cutting them out with scissors.

– You need to be constantly surrounded by scantily clad women, but they cost loads to hire from modelling agencies. Save cash by getting your mum and nan to wear bikinis around the house.

– Instead of buying a diamond-encrusted, 24-carat gold crucifix, get one for £6.99 from Elizabeth Duke at Argos.

– Instead of buying a vast collection of expensive trainers, use your fame to popularise cheap ‘Adidos’ knock-offs from the market.

– Recruit local teenagers as your entourage by offering to buy them beer from the local off licence. But ration them to a couple of cans of Foster’s each otherwise they will be sick and you will get in trouble with their parents.

– Get gold teeth cheaply by colouring them in with gold marker pens from WH Smith. Make sure to replace the pen lids afterwards though because they dry up really quickly.