I’ve had a change of heart: I’ll give back all my fame and fortune and switch off Facebook forever. Like Frankenstein, I have watched my precious creation gradually morph into a terrifying monster. Videos of beheadings are one thing, but thousands of selfies of middle-aged women with no make-up is enough to make me sick in my mouth. I don’t care if it’s for a good cause: no-one should have to see such atrocities in their newsfeed. Please make them stop.

My granny says that in the olden days people used to take photos of other people, as well as flowers and mountains and all sorts of other pretty things. How weird is that? Why on earth would you want to take a picture of anything other than your own amazing face? I told everyone at school and they were like: ‘no way!’ and then we all took a photo of our reactions to this news and uploaded them to the internet so that the rest of humanity could witness the importance of our incredulous faces.

Mourinho and Drogba still only on cheese course 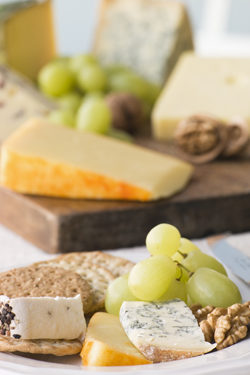 MANY hours after they sat down together, José Mourinho’s candlelit dinner with Didier Drogba is still not finished. The pair, who enjoyed an excellent relationship at Chelsea between 2004 and 2007, made plans to catch up and reconnect after the Blues Champions League victory over Drogbas current club Galatasaray.

Waiter Stephen Malley said: They spent an hour or so talking about the game, their jobs, their families, the usual stuff.

“By the time I came to clear their starters theyd moved on to the weather, the economy, and if football meant anything in the grand scheme of things.

I refilled their wine glasses during the pasta course and they were discussing the importance of friendship in difficult times.

The duo reportedly reminisced about Drogbas most satisfying dives while washing down a sea bass with a bottle of Sauvignon blanc.

Sources report they switched to red for the meat course and a tearful heart-to-heart about how everything theyd achieved at Chelsea meant so much more because theyd achieved it together.

Mourinho and Drogba have now decided to split a board of camembert while swapping bawdy anecdotes about Avram Grant.

Restaurant manager Mary Fisher said: They look so happy. Theres nothing like quality time with someone who shares your view of the world – as something to be steamrollered into submission for the sake of personal glory.