I have completely changed my mind about Scottish independence

Call me fickle, but I have completely changed my mind about Scottish independence. It seemed like a brilliant idea a wee while ago, but when it comes down to it, I can’t actually be arsed with the whole thing. Just thinking about all the paperwork and other boring stuff we’ll have to do if we get rid of the Union, there’ll be no time left to enjoy the finer things in life. Do you think anyone will mind if I ditch the whole thing?

Sometimes things that seem like a splendid idea in your head actually turn out to be complete idiocy. But it’s not until you take a leap of faith and put your ideas into practice that you can really know if they will work. There is a fine line between genius and getting hospitalised because your homemade Spiderman suit fails at the last minute. 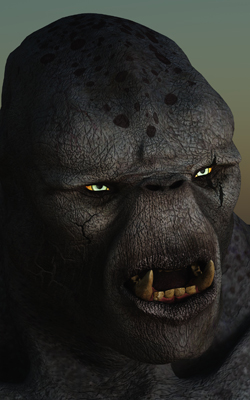 RORY McIlroy must fight a legendary monster before being granted entry to golf’s hall of heroes.

Hit it with a golf club

The forthcoming PGA Championship will be held in the sacred realm of Valhalla, where fabled golfers feast day and night on wild boar, while caddies serve them mead from the skulls of their defeated rivals.

McIlroy is hoping to join them following his recent victory at the British Open, but first he must do battle with the evil giant Grendel, armed with just a nine-iron and his lucky polo shirt.

Should he prevail, the Northern Irishman will be borne to the warrior paradise in an electric buggy driven by Valkyries, before taking his place alongside the mythical heroes Martin Kaymer and Bubba Watson.

McIlroy said: “It won’t be easy against Grendel, but I killed Phil Mickelson with a slingshot made from a sun visor, so I fancy myself to rip his arm off somewhere on the back nine.

But if the monster defeats me, at least I’ll die like a hero, with a golf club in my hand, and my body will be placed on a burning longboat and sent out into the water hazard on the 18th.”

Julian Cook, a golf fan from Braintree, said: If theres one thing that represents the eternal struggle between civilisation and the darkness that threatens to overwhelm it, it is definitely golf.