I recently had a nasty accident where I fell out of my Range Rover on the M1, and the worst thing is no-one believes me when I say what really happened. I had been suffering from a strong head cold that day and I’ll admit I had eaten at least 25 packets of Hall’s Soothers. That combined with the saxophone solo in Careless Whisper was giving me a soporific sense of well-being. Suddenly I saw Andrew Ridgely beckoning me from outside the car. I opened the door and reached for my old friend as I heard myself calling “I’m never gonna dance again”…Next thing I know I’m in hospital, and everyone is looking at me like I’ve been bad. How can I prove my innocence and find out what Andrew was trying to tell me?

It sounds to me like you have an invisible friend, which isn’t a very good sign. A boy at my school called Martin Paterson has an invisible friend named Fat Jim. Fat Jim tells Martin to do lots of things, like set fire to cats and try to look up girls’ skirts. He also makes Martin hit himself on the head with his Spiderman pencil case while singing Rock-A-Bye Baby over and over again. No-one except Martin has ever seen Fat Jim but there’s no doubt that he exists – how else do you explain how he wrote his name in dog poo on our Headmaster’s new car? 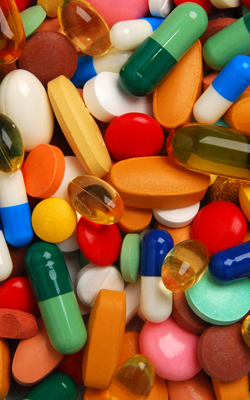 THE legal high industry is facing crisis as the stock of cool names for drugs approaches exhaustion.

With more than 280 legal highs launched in the last 12 months, including Sharky Smile, Superbucket and Mondo Mondo, creators of highs are threatening a strike unless new names are developed.

Chemist Roy Hobbs said: “I’ve been working for the last 18 months on a legal high that transforms users’ genitals into harmonic pleasure crystals and, crucially, leaves them in control of their bowels.

“Now I’m told by the EU Legal High Commission that the only available names for it are Wooden Friend and Wales at Sunset.

“Apparently all the funky Aztec-sounding names and variations on the word ‘cosmic’ are already registered. I can’t even have ‘Mega Mule’.”

The drugs name crisis has already hit the US, where a substance that permanently destroys higher brain functions and turns users into zombies was named Bath Salts.

A spokesman for the EU’s legal high team said: “Clearly if you’re selling something under the pretence that it’s plant food, it needs to be called Extreme Midnight Mamba to tip people off.

“But while drug users think they have exceptional imaginations they actually all go on about the same boring shit, which is why I have 43 submitted highs on my desk under the name Neon Space Donkey. And that’s just today.”