I tried to breastfeed Richard Hammond for a solid week

I’m sick and tired of the breastfeeding Mafia putting so much pressure on everyone. Fair enough if it works for you, but don’t make us feel guilty if we can’t do it. I tried to breastfeed Richard Hammond for a solid week until my nipples were cracked and bleeding, and the poor wee guy was starving so I had no option but to bottle-feed him in the end. The dreadful feelings of guilt remain with me every day.

I’m not going to ask what breastfeeding is because it sounds pretty gross, and is probably another one of those horrors lined up for when I’m grown up, along with taxes, childbirth and designing an IKEA kitchen.

Queen to let Prince Philip do the speech 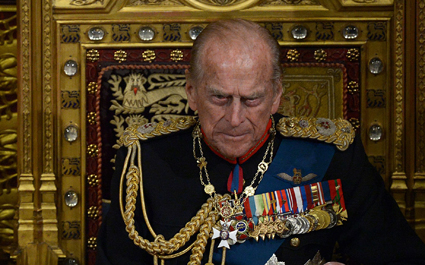 THE Queen is to let Prince Philip deliver the Christmas speech, mainly just to see what will happen.

A palace spokesman said: “She’s at the age where she’s thinking, fuck it, I am tired of mouthing empty mechanical platitudes and would rather be doing something with horses.

“She knows that if she hands Philip the task then at least it won’t be boring. If it means the end of the monarchy then so be it, it’s not like there’s a decent heir anyway.”

Prince Philip has been briefed to avoid topics including bongos, rain dances, bare breasts, spears, cannibalism, women in general, infant obesity, the Scottish, the Welsh, the Irish and the rest of the world.

Prince Charles had volunteered to take his Mother’s place but the Queen dismissed the idea as “so ridiculous as to be unfunny”.