FATHERS have confirmed their plans to spent long periods of the festive season in the lavatory.

Father-of-three Tom Logan said: “There will be my cousin bragging about his new car, the overpowering stench of my teenage nephew’s Lynx Africa and the saccharine sounds of the Michael Buble CD that is ‘just a bit of fun’.

“If it wasn’t for the thought of those 20-30 minutes locked in the loo on Christmas Day with a book of Larson cartoons, I’d kick a policeman just so I could go to jail until the New Year.

“I am the old silverback gorilla driven into a remote forest grove by the arrival of raucous and barbaric chimps. But in the toilet.”

Martin Bishop of Bristol said: “I’ve been telling everybody dried fruit disagrees with me.

“It’s totally untrue, but after the Christmas pudding I rush off before anyone can get me involved in Pictionary or a conversation about how Farage talks a lot of sense.’

“I used to be able to enter a quiet inner world by doing marathon sessions of washing up, but the dishwasher put paid to that. Now the lavatory offers the only respite from the horror. I wish I had a dog I could take out.” 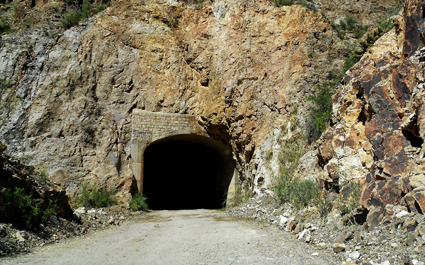 MANCHESTER City FC has revealed the heavily armed £200m lair from which it will conquer the world.

The Premier League champions’ new headquarters is buried into the side of a mountain and does not appear on any map. It boasts a 32-room hotel, a hydrotherapy complex and a war room linked to satellite guided missiles capable of destroying large swathes of the planet.

A spokesman said: “We are all very excited by this new facility which we believe will give us the edge over rival clubs and most of the world’s armies. With this complex we aim to win domestic and European titles or to enslave the planet, whichever is quicker.”

Malley revealed that a missile was already trained on the city of Rome, just in case City’s Champions League clash goes awry, but weekend opponents Leicester had not shown up on its GPS.

The groundbreaking facility also contains everything necessary to nurture young footballers, who will be produced by a giant conveyor belt using parts of forgotten second string players.