I wished for an endless supply of Walkers crisps

I was walking back from the bookies the other day 20 years ago when I came across a dusty old lamp. I gave it a rub, and with a puff of blue smoke, out popped a genie. He told me I had three wishes and to use them wisely. I got rather flustered and wasted my first two wishes immediately by asking for a lifetime contract with the BBC and an endless supply of Walkers crisps. The thing is, I simply can’t think what my third wish should be. Can you suggest anything?

Perhaps you havent seen the long-running Walkers Crisps adverts but Im afraid they make it pretty clear that your deal wasnt with a genie, but with the Devil. Anyway, anyone with half a brain knows you use your last wish to wish for infinite wishes. Failing that, you could ask for an Elsa from Frozen costume because everywhere has completely sold out. 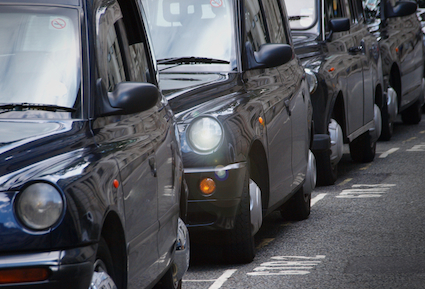 A NEW app will help people find a taxi driver who keeps his mouth shut for the entire journey.

JustDrive was developed by former London cabbie Tom Logan after he realised that more than 90 percent of his passengers wanted him to die.

He said: “I lost count of the number of times a passenger would hand over the money and say ‘Thanks, that was absolutely hellish – and, by the way, you’re an idiot’.

“All the drivers who sign up to JustDrive sign a pledge that they will not say a word. They’re not even allowed to say how much the fare is. They have to point at the meter.”

Jane Thompson, from North London, said: “I’ve tried everything from wearing a motorbike helmet to pretending to be Chinese.

“Now, when they ask where I’m from I’ll maybe say something like ‘Nope, fuck off’.

“There was one time I just started crying. But the driver ignored me and carried on talking about how Pakistanis don’t do recycling.”