THE World Cup opening ceremony has been thrown together at the last minute after Brazil admitted it forgot.

Brazil said that amid the chaos of making football pitches, it overlooked the part about staging a surreal, overblown ceremony costing millions that no-one will understand.

A spokesman for FIFA said: “I’ve got 6,000 dignitaries and a worldwide audience expecting a wild phantasmagoria of puppetry, dancers, local celebrities and hats with fruit on.

“Where are the symbolic ballets depicting the country’s colonisation by Portugal. Where is the giant, shaved groin? Where are the ten thousand local children dressed as coffee beans?

“How are we expected to make a TV event without a massive hot air balloon being repeatedly inflated and deflated as a tribute to Pelé’s world-famous struggle with erectile dysfunction?

But organiser Tomas de Boas said: “It’s fine. We’re going to have all the national squads, carrying their flags, walking round the stadium and smiling.

“I’ve hired the samba band that played at my brother’s wedding. They were available at the last minute because they’re incredibly bad.

“And my wife’s done a quiche.”

US wondering if it should invade Iraq 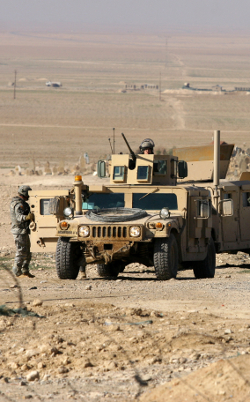 AMERICA is wondering if it should invade Iraq to prevent the country from descending into a bloody civil war.

As Islamists took control of Mosul, Iraq’s second city, US military experts said that perhaps American troops can solve the problems that have somehow beset the country over the past decade.

Retired US General Norman Steele said: America can no longer stand idly by. Maybe we need to impose peace by force. Ive a vague idea we did something similar a while back and it seemed to work well.