I'm being publicly taunted by that young upstart Justin Bieber

I’m being publicly taunted by that young upstart Justin Bieber. I tried to punch him in the face but made a massive arse of myself, and I’ve tried using my conch shell to call for Gandalf and the elves but they’re ignoring me. How can I win back my honour and crush Bieber in the process?

You’ve made an enormous error in letting a younger man make a fool out of you. You need to get the upper hand and show him who is more mature by throwing his school bag in a river and administering an industrial strength wedgie as soon as possible. Then you need to blunt all of his felt tip pens, draw comedy willies all over his World Cup 2014 Panini sticker album and jump on his Millennium Falcon. Only then can you show the world who is the bigger man.

Kids switch from pirates to hitmen 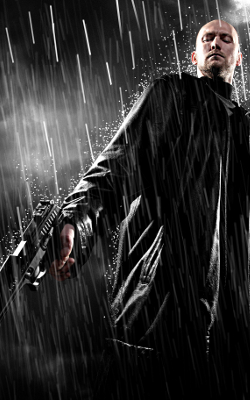 CHILDREN have moved on from their love for pirates to a fascination with hired killers.

The Pirates of the Caribbean craze has faded as youngsters tired of pretending to slaughter, drown and enslave innocents in bloody high seas massacres.

I still remember the tantrum the little one threw when I told him he wasnt allowed to have his eye out for Christmas.

This year its all about hitmen: the eldest is mad for CIA death squads, the middle one loves his Persian hashshashin, and the three-year-old likes either Mafia or Yakuza.

It made a nice change at first, but honestly if I have to watch Ichi the Killer one more time Ill scream.

Every dad whos making a fuss about it probably had a complete set of Baader-Meinhof Action Man or Latin American Druglord Top Trumps when he was a boy.

Ten-year-old Tom Logan said: When I grow up, I want to kill people for money. I will wear a suit and leave no trace of my identity behind apart from the still-warm corpse of my victim.

I will be rich and have a house full of guns, where I will eventually die after being betrayed by my ex-prostitute lover.