Is Strictly talk grounds for divorce?

Dear Holly,
Is my wife’s endless chatter about Strictly Come Dancing sufficient grounds for divorce or will I have no choice but to smother her with a pillow so that I don’t have to listen to her pointless drivel for one nanosecond longer?
Brian,
Coventry

Dear Brian,
All the teachers at my school love Strictly. I know this because if you hide behind the staffroom door at playtime, you can hear what they talk about when there’s no kids around. Not many people know this, but teachers don’t always want to discuss long multiplication or the water cycle. Sometimes, they like to talk about how much they’d love to sex Gary Barlow, or how they got so rat-arsed on pinot last Friday that they got off with an 18 year-old waiter called Martin from All Bar One, or how one of their husbands (who must be a trapeze artist or something) can’t get it up any longer so for some bizarre reason they’ve bought a rampant rabbit.

Why a deranged rodent will help with elevating a grown man, none of us really know.
Hope that helps!

Internet commenter not sure why he's doing it 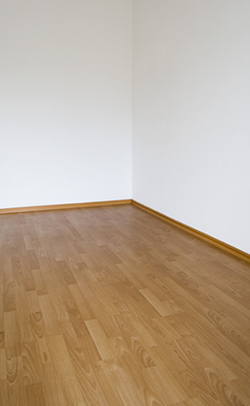 REGULAR internet commenter Tom Logan has admitted he is not even sure why he bothers.

Logan frequently posts comments on a wide range of websites, all of which provide him with broadly the same level of personal interaction as talking to a fridge.

Logan said: I was posting Holly looks GREAT!!! underneath an article about Holly Willoughbys latest photoshoot, when suddenly I realised it could not possibly matter to anyone.

It occurred to me that Holly was unlikely to come round and have sex with me just because Id posted a comment on the internet. And if she did, that would make her a bit of a slut and Id have to insist on using a condom.

At this point it dawned on me that the only people reading the comments were very sad women. And of course men sitting at home rubbing themselves, as indeed was I.

I then realised I had completely wasted a large part of my life posting comments on the internet, and had to buy some animals on Farmville to cheer myself up.

He added: I did once make quite a perceptive point about David Cameron on the Guardian website, but nobody replied because they were too busy accusing anyone who disagreed with them of being a troll.

Psychologist Donna Sheridan said: Internet commenters often find it difficult to stop commenting, because this would be an admission that all their previous comments were a total waste of time.

Its a bit like compulsive gambling, but without the intellectual and social stimulation of spending all day in Ladbrokes.