I’ve been secretly wearing my wife’s lovely, silky underwear. It was all fine until I had five pints and a curry and sharted during Match of the Day. Shall I just put the thong back in her drawer and hope for the best? She’s quite short sighted.

Even if you want something really, really badly, it’s not a good idea to try to take it without permission. I know this because I once borrowed my big sister’s diary to use for my school book review without asking her. Whilst it’s fair to say that the entire class were totally captivated by the gritty tales of my sister’s irregular menstrual cycle and strange obsession with Claire Balding, I have to admit that she herself was rather less impressed. In fact, she decided to change her identity and move to Belgium. 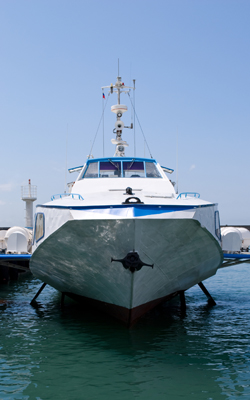 THE BBC is to compete with the revamped Dallas by reviving moderately popular 80s yacht construction soap opera Howards Way.

The producers have promised that the new series will retain much-loved elements of the original, such as discussions of carbon fibre versus balsa hulls, but also introduce 21st century issues like the internet and chlamydia.

Series producer Nathan Muir said: If theres one thing the British public can really relate to, its the construction process of yachts.

Who could forget the nail-biting drama of Tom Howard attempting to find financial backing for his catamaran design, or his wife Jan opening a boutique selling her own range of sailing wear?

Naturally we want to move with the times and add a gritty, urban edge, so Lenny Henry will play a funky harbour master who listens to Public Enemy.

Tom Howard will be played by Midsomer Murders star John Nettles, chosen for his ability to bring bland, unthreatening characters partially to life. Other casting will be confirmed once the producers have found enough extremely ordinary-looking actors.

TV viewer Nikki Hollis said: I used to love Howards Way. Youd go into school the next day and everyone would be talking about yawls and spinnaker sails.

Similar plans to remake 80s Scottish village soap Take The High Road have been shelved after ITV executives lapsed into comas while discussing plotlines about shortbread.