My marriage split makes me want to listen to Happy

Having recently split from my wife of ten years you would imagine it an ideal time to listen to a bit of Coldplay’s morose back catalogue and shed a few tears of self-pity for a while. However, I’ve found that my current mood is more accurately reflected in the music of Pharrell Williams, specifically his track Happy. Isn’t life just full of surprises?

I don’t really understand why you would want to get married in the first place because then you’d be stuck looking at the same person and smelling their morning dog breath and witnessing their terrible farts every single day. Just because you ‘love’ someone isn’t a good enough reason to share the remote control for eternity. For example, I love chicken nuggets and baked beans but at least I have the presence of mind to know when to call it a day. 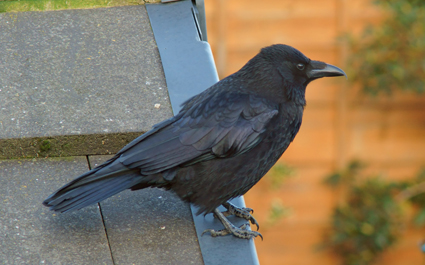 CROWS are as intelligent as children and far less hassle to look after, it has been claimed.

Researchers found that crows’ reasoning ability was equal to that of small children, but that crows did not demand repeated viewings of Madagascar 2.

Professor Henry Brubaker said: “If you’re thinking about starting a family, get a crow instead.

“For example, it’s considered ‘inhumane’ to make your kids live in the garden, but with a crow it’s fine. Similarly, you can let a crow leave the house through a window and come back hours later of its own accord.

“Crows have a badass, take-no-shit attitude whereas kids cry all the time about nothing.”