Some aspects of pregnancy are at odds with my glamorous image

I’m finding some aspects of pregnancy are at odds with the image of Hollywood glamour I usually exude, notably the haemorrhoids which I seem to have acquired. How can I continue to be inspiration for millions of wet dreams when I can’t comfortably sit down?

I’ve asked several people to explain to me what a wet dream is (including my granny and the postman), and all of them have mumbled something inaudible and suddenly had to run for the bus. Is it one if those dreams where you’re swimming at the leisure centre and then suddenly you’re completely starkers and everyone is looking at you? And then your geography teacher turns up and forces you to do a surprise exam on river landforms and the water cycle and you wake up in a cold sweat? That’s more like a wet nightmare if you ask me. 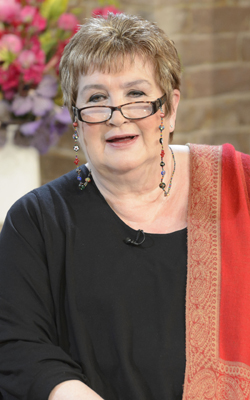 LADS’ mag Nuts is being relaunched for feminist readers.

The magazine will use base humour and big colourful pictures to address issues such as internet misogyny, workplace gender politics and attitudes to breastfeeding.

Editor Emma Bradford said: Its still Nuts, but instead of glamour models and the new Porsche Boxster therell be feminism and loads of shit jokes about men.

Our first photo spread will feature real women aged 18 to 80 of all body shapes and sizes being served cocktails by Alan Rickman in his pants.

Weve also adapted our other articles, so therell be a lot of lists like Top 10 patriarchal plonkers and The top 50 all-time greatest feminist action movies, if we can think of 49 more besides Aliens.

Bradford said the magazine would still encourage women to send in pictures of themselves, but only in non-demeaning poses, such as chairing a boardroom meeting.

Fortunately there was a picture of Jenni Murray in a big scarf on the cover.