Stop worrying and watch Deliverance instead

I recently heard a rumour at work that women aren’t supposed to cry inconsolably after sex. This has got me worried that my technique might need minor adjustment. What do you suggest? I’m open to ideas but the SlipKnot mask is non-negotiable.

Why don’t you stop worrying and come to my granny’s house for tea instead. While she’s busy finding the pink wafer biscuits we can go into the garden and snigger at her frightening undergarments on the washing line, and maybe have a peek at her dog Bilko’s enormous pink ball sack. He won’t let you touch it but if we keep very quiet he might lick it a bit. Later on, after we’ve eaten 15 Chicago Town mini pizzas and a mint Vienetta, we can convince Granny to let us stay up and watch something inappropriate, like Deliverance. While she fart-slumbers in her chair, we can sit back and flick midget gems at Bilko’s massive testicles, and all will be happy and right with the world. 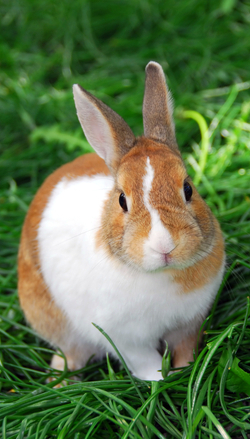 ROBIN Van Persie is expected to be out for at least nine months after some very loud shouting by Sir Alex Ferguson.

The new Manchester United star is convalescing in Holland where trained soothers are giving him a temple massage with spa water infused with essence of tulip.

Following United’s defeat to Everton, Van Persie was horrified  to discover that his new manager used very nasty swear words and spoke in an aggressive tone.

Minutes later, psychiatric nurses were called to the dressing room and Van Persie was removed in a wheel chair, sobbing uncontrollably as a wet patch spread rapidly over his groin.

The Dutch star said: “Such awful words. And he threw a cup. No one has ever spoken to me like that – not my mother, my teacher, my pastor and certainly not Mr Wenger.

“My parents were artists in Rotterdam, When I was 14 and some rough girls teased me about my bow legs I ran weeping to my mother. She said to ignore them, that I had been granted twinkle toes by the angels and I was destined to dance through life, free of all horridness. But now this beastly man”

When he first joined Feyenoord, Van Persie’s mother issued him with a note, passed on in turn to Arsene Wenger, stating that he had ‘delicate bones, delicate ligaments, delicate hamstrings and especially, delicate nerves – he is my delicate little fairy artist boy’.

But the note never reached Old Trafford and may have been lost along with Van Persie’s cotton wool padded romper suit.

Sir Alex said: “I thought I was pretty mild – I just called him a ‘useless wee bucket of fuck’.

“He started crying so  I said to him, ‘harden up, it’s not as if you’re living in Glasgow’. Then he said, ‘what’s Glasgow?’ and so I told him and he started crying again.”