There aren't enough hotties in my bake off

I love my job on The Great British Bake Off, but I can’t help being a tad frustrated at the dire lack of attractive females. Lady-pickings amongst this year’s contestants are more than a little slim. The only one who is worth a second look made an awful rhubarb and custard mess in round one. Thankfully I persuaded Mary Berry to let her off with the dreadful chocolate ginger showstopper in the vain hope her loaves are of a better quality. Would I have better access to hotties as a yoga teacher or hair salon owner?

The Bake Off tent

I don’t know much about the adult male psyche, but it doesn’t sound like much progress is made beyond childhood. As far as I am concerned, the male of the species is best avoided at all costs, whether he can work an oven or not. I haven’t worked out what puberty is yet, but from what I can tell, it is a mysterious brainwashing process that makes ladies suddenly want to spend time with individuals who think it is acceptable to light their own farts. Why anyone would want to make physical contact with someone who has recently had their hands down their pants is beyond me. I shudder to think about how this affects the bread you make. 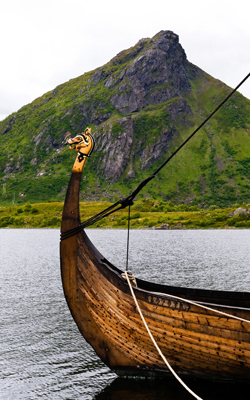 THE Vikings were a race of fantasy role-players who never invaded anywhere, it has emerged.

Archaeologists working at a Viking settlement found the 300-page rulebook for a game called ‘Helmquest’.

It is now believed that all Viking history is based on the game, which was played by groups of up to five Vikings with funny-shaped dice.

Archaeologist Norman Steele said: “The Vikings were a sedentary race of farmers whose swords and boats were purely decorative.

“However predominantly-male groups of Vikings would play complicated fantasy games where they pretended to be fierce warriors.

“They wrote down records of these games before retiring to their narrow virgins’ beds, and these tales became the basis of Viking history.

“A diary by ‘Ragnok the Unready’ expresses annoyance that ‘Hrothgar claimed his double-headed axe gave him +4 Pillage Points but this is patently not correct’.”

He added: Although the Vikings are known for rape and pillage, most of them were scared of women and did not lose their virginity until well into their 30s.”