Dear Holly,
I’ve come to the decision that the people of Britain have been far too naughty this year, what with all the looting and rioting and striking, so instead of wasting my time on Christmas eve delivering presents, I’m going to have some well deserved ‘me time’:  a soapy wank in the bath, quaff a couple of bottles of Baileys and watch the Downton Christmas special in my slanket. Do you think this a good idea or is Downton Abbey a load of overhyped shit?
Love,
Santa

Dear Santa,
Why is it that you and my parents are so obsessed with the idea of being good? Why would you sit in the library with boring old Cynthia Walker and trace over pictures of baby Jesus when you could be running free with Oliver French in the playground, chasing the stray dog that’s got in through the fence. It may be risqué, but who could resist throwing stones at its head when it stops to do a massive yellow poo on the football pitch? And, although it was Oliver, not me, who picked up the dog turd and flung it at the nursery it did make a splendid yellow splat on that lovely white wall and it would have been rude not to stand there and laugh. Anyway, I’d much rather be sitting at the naughty table, sniggering at Mrs Dodkin’s moustache and flicking bogies at her back than watching that cow Cynthia blunt my favourite glitter pen on the baby Jesus’ massive, boring halo.
Hope that helps, and Merry Christmas!
Holly 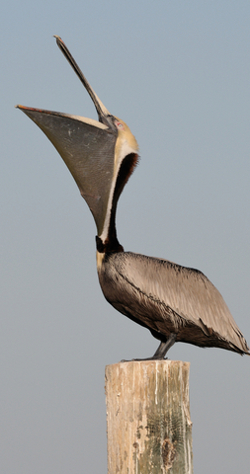 ARCHAEOLOGISTS working in the Amazon basin have found the remains of a crude car made from dinosaur bones, with stone cylinders for wheels.

While experts have long understood that Stone Age man developed basic tools and weapons, the discovery of a prehistoric vehicle could prompt a radical reassessment of how he lived.

Professor Henry Brubaker, of the Institute for Studies, said: “It is very definitely a sort of car, there are even fragments of mammoth skin attached to a sort of bone canopy which would have been its roof.

“What’s interesting though is that, despite being very obviously designed to look like a car, on a practical level it is worse than useless.

“Without an engine or any obvious means of propulsion the only way of getting it anywhere would have been to get inside its floorless frame and physically lift it.

“The enormous weight and unwieldy shape of the machine would have made the ‘driver’ extremely vulnerable to predators.”

He added: “Similarly enigmatic is the car’s use of brontosaurus, pterodactyl and sabre-toothed tiger bones.

“It has previously been considered inconceivable that these creatures would have co-existed with each other, leave alone mankind.

“This find poses more questions than it answers. It is perhaps the most enigmatic archaeological discovery since 1993, when a team working in Patagonia found a 65 million year-old camera-shaped stone box containing the bones of a tiny sharp-beaked bird and a carved tablet showing four homo sapiens standing against a picturesque backdrop.”