Dear Holly,
I always thought of  little decorated sponge cakes as fairy cakes, but my wife says they are cupcakes. Surely this isn’t right? My whole reality has been turned upside down and I’m so confused. Please help!
Jamie,
Clapham

Dear Jamie,
You’re confused? There’s nothing more confusing than being a schoolgirl. One minute, you’re making Barbie’s hair look pretty and imagining you’re living in a fairy castle; the next you’re stuffing your crop top with bog roll and weeping silently over a picture of Harry Styles from One Direction.
My teenage big sister used to love playing dressing up and tea parties with me, but now she prefers to hang about park benches with big boys on bikes and tell my parents ‘to go fuck themselves’. Worst of all, Jessica Greaves told us that you suddenly start bleeding out of your bumhole when you turn thirteen, and it doesn’t stop until you’re seventy-five. No wonder women cry so much. I always hoped I’d be like Barbie when I grew up: with long golden hair, a pink mansion and a hard plastic fanny. Unfortunately it seems that with all the uncontrollable leakage from both ends,Tiny Tears is possibly a more realistic role model.
Hope that helps!
Holly 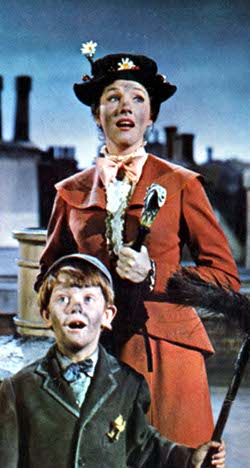 KEN Livingstone has pledged to boost childcare for Londoners with the introduction of magic nannies.

The plan, by the Labour mayoral candidate, will see thousands of enchanted au pairs ‘blown in’ on the east wind, landing gracefully on the drawing room carpet of every home in the capital.

The nannies, who will provide child support for working parents, will also assist with other household chores, such as magic cleaning, magic tidying and magic relationship advice.

He said: “Unlike the ugly, high maintenance McPhee, the Poppins nanny doesn’t ride a moped and sidecar and so has fewer carbon emissions.

“The Poppins nanny also stimulates small business by continually urging children to buy bird feed for two pence per bag, so it will eventually pay for itself.”

Liberal Democrat candidate Brian Paddick dismissed both the Poppins and McPhee strategies and pledged to set up a child care taskforce chaired by Nanny out of Count Duckula.