Dear Holly,
I’ve been going out with a lovely man for a few months, and it feels
like it could be the start of something beautiful. The only problem is
that no-one in my family seems to like him – in fact they regularly tell
me he’s bad news and that I should get rid of him as soon as possible.
It could have something to do with the fact that he is a member of the
BNP and has a swastika tattooed on his forehead, but if they just gave him a chance they might end up actually liking him. What can I do to get these narrow-minded relatives of mine to loosen up?
Heil Hitler,
Imelda,
Coventry

Dear Imelda,
I know exactly how you feel – some people are so judgmental. I used to have a friend called Cindy Spigot, who was two years above me at school but who lived next-door-but-one to us so she didn’t mind talking to me. Cindy was loads of fun, and instead of wanting to play house or do a teddy-bear fashion show like all of my other friends, she wanted hang about outside the pub and speak to old men, put dried dog poo into people’s milk bottles or set fire to old ladies’ garden fences. Sometimes me and Frances Hall would have to watch out while she went down a back alley to talk secretly to a man, and then they’d come back with all their clothes on inside out. I asked my mummy about why Cindy liked to hang about down alleys, and she got all cross and said I wasn’t allowed to play with Cindy, probably because my mum is racist or sexist or something. Cindy isn’t at school any longer because she’s having a baby in a young offender’s centre, but maybe when she gets out, if I ask really nicely, my mum will let her come round for tea.
Hope that helps!
Holly 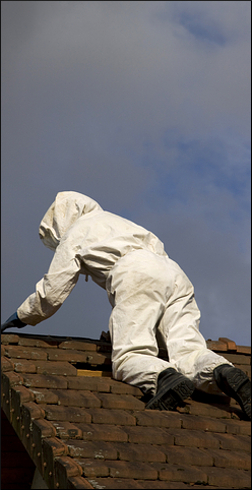 DEFENCE secretary Liam Fox has warned that cuts to Britain’s defence budget will leave the country open to attack from massive foreign wasps that do not share our values.

In a letter to the prime minister Dr Fox said the security services were discovering wasp sleeper cells all the time and that he had heard tell of a new super-wasp that could bring down a helicopter.

But defence industry bullshit analysts said Dr Fox was just the latest in a long line of weedy little pricks who wanted to point expensive guns at brown people in a desperate bid for self-respect.

Julian Cook, from Reading University, said: “Never trust a politician who announces that we have to ‘live in the real world’ and then goes back to a large, mahogany office where he sends teenagers to fight psychopaths deep in the arse-end of Wherethefuckistan.”

Dr Cook stressed the best way for Britain to protect itself from terrorism  was not spending hundreds of millions of pounds so some Cambridge graduates can pretend they’re in an episode of Spooks, it was refusing to take sides in pointless, intractable arguments between bastard lunatics in the first place.

“If we must have a defence budget then all we really need is one satellite and one aircraft carrier based permanently in the Indian Ocean so that every time someone in Afghanistan or Pakistan picks up anything larger than a fish knife we send in a very fast plane flown by a cheerful and enthusiastic young man with scant regard for the sanctity of human life and who thinks he’s inside an X-Box.

“Or we could just leave it to the Americans given that they seem to love it and don’t care whether we turn up or not.”

He added: “And I suppose we should also have a couple of big helicopters so that Prince William can drop bags of sweetcorn on Africans whose countries his ancestors spent the best part of 200 years fucking the absolute shit out of.”