Dear Holly,
My job requires me to work away a lot
of the time, which means my wife often has to spend evenings and
weekends alone, and this makes me feel terribly guilty. Thankfully,
she has struck up a friendship with the gentleman next door. Ted is a
kindly soul, being selfless enough to allow my wife to cook his
dinner of an evening and keep her company with a glass of wine. He’s
even been good enough to share our marital bed at night, because she
says would have terrible nightmares otherwise. I thought everything
was going just fine, but having just arrived home I’ve discovered
Ted’s car in the drive and my key won’t work in the lock. When I
looked in the window, I could see Ted’s slippers by the fire, and he
appears to feature quite heavily in a set of family portraits on the
wall. Obviously there’s an innocent explanation to all this, but as
they won’t answer the door to me I remain slightly perplexed. Can you
offer any advice?
Larry,
Chiswick

Dear Larry,
Sometimes it is possible to trust a
person too much. You’re a bit like Mrs Jolly, a supply teacher we
once had. Mrs Jolly was fat and wore a poncho and wacky spectacles.
She was one of that rare breed of teachers who still have faith in
humanity. Or at least she did. For some reason, Mrs Jolly liked to
communicate with us via a hand puppet duck called Huggles, and be all
radical about stuff. Instead of the usual curriculum, Mrs Jolly made
us do stupid activities like sing the calypso version of the Lord’s
Prayer while she played guitar and rocked back and forth like a
moron. Instead of maths, we had to do an interpretive dance about the
rainforest, and rather than teach us about the Water Cycle, she
decided to let Huggles read us a poem about multiculturalism.
Unfortunately, Mrs Jolly thought it wise to leave us alone for ten
minutes with Huggles while she went to get a coffee. I don’t think
she minded so much about the poster paint in her handbag, but
Huggles’ mutilation hit her very hard and we all felt a little bit
guilty after she’d been taken away by Mrs Murphy. What this should
teach you is don’t be a hippy freak, and don’t trust people who don’t
deserve your trust. Sadly, it’s too late for you and Huggles, but
perhaps you’ll remember next time.
Hope that helps!
Holly

Oh, go on then, say universities 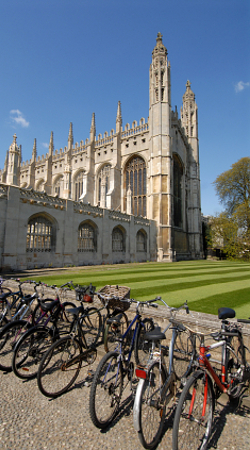 UNIVERSITIES have decided that they would like to make more money rather than less.

After being given the task of setting how much money they would like to be given for reading through a 25 year-old set of notes to a half-full room of hungover teenagers, over two-thirds said they would like as much as was legally possible.

Professor Henry Brubaker, of the Institute For Studies, said: “We now need to look more closely at the establishments that didn’t go for the nine grand. There may be simpletons afoot.

“We ran this whole fees thing past our economics research team and they drew this big graph with a zero at one end and ‘9,000’ at the other end and the list of stuff you could buy at the 9,000 end was at least twice as long.

“And when it came to the student debt burden the team drew another graph that just had the words ‘not our fucking problem, chief’ written on it. So that was fine.”

Many have voiced surprise that the cost of educating students should turn out to be exactly £9,000, regardless of the course they are attending, the geographical location of their college or the existing facilities available to the university.

Professor Brubaker added: “This misses the crucially important point that most senior staff in higher education like very long holidays in Italy.”

Education secretary Michael Gove has promised to look at the number of universities charging the maximum fees, but only after Vince Cable patiently explains to him what the term ‘captive market’ means a couple of million times.