Are you wearing a stupid hat?

1. Look in the mirror. If your first thought is ‘Jesus, I look like a fucking idiot in this hat’ then you’re wearing a stupid hat. Especially if it has flaps.

2. Did you walk past a homeless man and hear him say, ‘My head’s fucking freezing and I wouldn’t wear that stupid fucking hat.’ If so, then you’re wearing a stupid hat.

4. Is it a flat cap? Unless you’re in a black and white photograph taken in 1934 and now being used to symbolise the North in a BBC Four documentary, then yes, you’re wearing a stupid hat.

5. Do you look like this colossal arse? Then yes, you’re wearing a stupid hat.

Man who likes airports would be okay with fascism 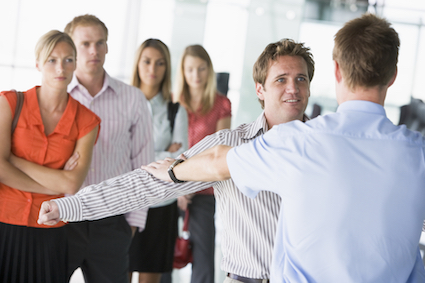 A MAN who has no problem going through airport security would thrive under the Nazis, his friends have claimed.

“He’s also really into being told where to go by disembodied, all-powerful voices, and grassing up anyone who tries to skip the queue.

“When we went to Lisbon last year, his favourite bit of the holiday was being under constant CCTV surveillance at Gatwick. He said it made him feel safe.”

Booker agreed that airports were microcosms of the kind of society he wanted to live in, where everything was safe and controlled and he was never more than three minutes away from a Costa Coffee.

He said: “Airports are basically heaven, with that gorgeous smell of duty-free perfume and bleach. In an airport, everyone is free to follow orders and get bodyscans, and if you do anything wrong, you get immediately arrested, which is great.

“I’d like to work in airport security. I think I’d be really good at it.”