Do you have a lot of guilty pleasures, or is your taste in everything shit?

EVERYONE has guilty pleasures – Blue Ribands, Hollyoaks, the novels of Martina Cole – but do you have so many that it’s genuinely your taste, which is shit? Take our quiz to find out.

Do you own any Taylor Swift albums?

How many times have you watched Dirty Dancing this year?

A) Dirty Dancing? From the 1980s?
B) Just when it’s on Channel 5, which is no more than every couple of weeks, and occasionally when it’s on 5Star or 5Select or 5USA. And sometimes on DVD.

What’s your favourite type of pizza?

A) I like a sourdough base, slow-cooked tomato sauce, mozzarella and then perhaps grilled artichokes, black olives, thin-sliced chorizo and chilli flakes?
B) Goodfellas Deep Pan Deliciously Cheese from frozen.

Does the lyric ‘five colours in her hair’ mean anything to you?

A) I have no idea what you’re talking about.
B) MCFLY! THE BEST BAND IN THE UNIVERSE! I’VE SEEN THEM LIVE SIX TIMES!

Have you ever sat in your pants, scooping Nutella out of the jar with your index finger, singing very badly along to the songs you know off The X Factor?

A) No.
B) Only on Saturdays and Sundays from August to December every year since 2004. So hardly at all.

Mostly As: Your ratio of guilty to innocent pleasures is well under control. Feel free to have a kebab from a van.

Mostly Bs: Not so much guilty pleasures as a criminal record longer than your arm. But no punishment can hurt you considering what you already do to yourself.

Don't stay together on our account, Britain tells Tories 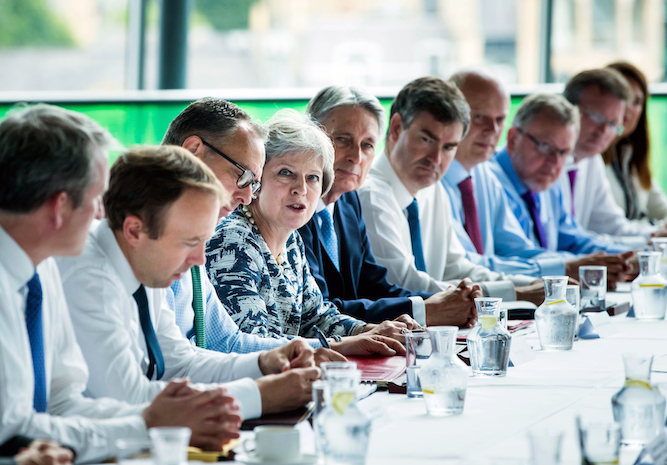 THE UK has told the Conservative party that if it is trying to hold things together for their sake then go ahead and split up.

Britons have promised that they will not be traumatised by the split, that in fact it will be better for their psychological health for the constant arguments to end, and they will not unfairly blame either side.

Tom Logan, from Hitchin, said: “Come on. We might be politically immature, but we can see what’s happening right in front of us.

“Stop dragging it out. The centrists will get custody of the country, because they’ve got the business community and the legal system and everything on their side, but we’ll stay with the hard Brexiters every other weekend.

“I know you’ve been trying to make it work, but it’s been over for a long time now. You’ll still have your memories of how happy you were in the Thatcher years.

“It doesn’t seem like it now, but you could both form other political unions. I know one side’s been making eyes at disaffected Labour centrists, and the other’s up all night talking to young Polish nationalists on social media.”

A Conservative spokesman said: “Britain’s only saying this so it gets two Christmas presents.”