RESEARCHERS have discovered three new species of racist, it has been confirmed.

Professor Henry Brubaker of the Institute for Studies said: “We haven’t had a new type of racist since the discovery of ‘racist and bitter divorced uncle’ in 1983, so to have three at once is unprecedented.”

The ‘Is That Racist?’ Racist

“With the right audience they would make their racist assertions but as soon they’re challenged they back off with a coquettish giggle like they’ve eaten one too many scones when actually they’ve just said something deeply offensive. They say things like ‘that wasn’t racist in my day’ despite only being 32.”

The ‘That’s Not Racist’ Racist
“These types of racist claim they’re living in a ‘PC world gone mad’ which could be better described as just ‘a racist world they’re keeping alive.’ They need everyone to be okay with their racist impressions of black celebrities because they got laughs in the past and they haven’t got any other material.”

The ‘I’m So Not Racist’ Racist
“These racists are so beyond racism that anything they say that is clearly racist was always meant ironically. They’re most likely to tell you a horror story about a racist cab driver at a fancy dress party for which they’ve ‘blacked up.’”

Professor Brubaker added: “It’s definitely okay to tell these people to shut the f*ck up before they start talking.”

Couple return from holiday to discover their house smells weird 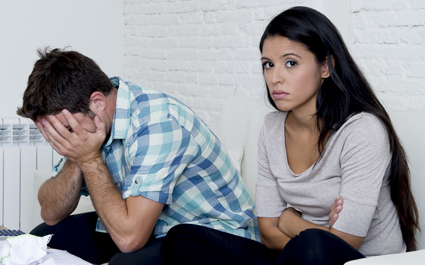 A COUPLE returned from holiday to discover their house smells weird, it has emerged.

Tom Logan and Emma Bradford’s returned from a blissful fortnight in Florida to the shocking discovery that their house smelled like a strangers’ house.

Logan said: “At first I thought the fridge had broken and decomposed lettuce juice leaked out. The stink is somewhere between rotting spring vegetables and, weirdly, TCP, which neither of us uses.

“But now I’m starting to think that our house always smelled  weird, like other people’s houses do, but we were used to it.

“The thought of guests mocking our house for its weird smell is almost too much to bear. I bet they mentioned Febreeze and feminine hygiene.”

Bradford said: “I thought there was something dead under the floor but I believe it may be our combined ‘people’ smell plus the weird aroma of warm carpet.

“It’s like a hospital crossed with sweaty balls. Is that the smell of humanity?”