Five vindictive things about Meghan Markle we just made up

MEGHAN Markle is a hateful, conniving individual, if you just make shit up. Here’s some wild speculation about the – probably – horrible cow.

She ruined the Royal family’s Christmas

Meghan deliberately spoiled everyone’s Christmas dinner by turning the oven off so the turkey was raw and everyone had to have savoury biscuits instead. She also ran over Princess Charlotte’s Elsa doll in her Range Rover until it was completely flat. There is no actual evidence for any of this, but it’s the sort of thing an evil shrew like Meghan would do.

She has 22 convictions for arson
Barns, factory buildings, primary schools – no unattended building is safe from Markle’s love of starting fires. Just as the Royals arrived at Sandringham for Christmas, a nearby tyre warehouse burned down. Coincidence? We think not.

Meghan is a terrible prog-rock bore
Known to listen to Tales From Topographic Oceans by Yes for up to 36 hours at a time, Markle also bores people senseless with her encyclopaedic knowledge of Rick Wakeman’s changing preferences in Moog keyboards.

Her lower jaw dislocates, allowing her to eat small dogs
Unbelievable, we know, but this chilling fact disgusts anyone unfortunate enough to witness the Duchess of Sussex gobbling down tiny dogs as well as live hamsters and gerbils. Recently several of the Queen’s corgis have mysteriously disappeared. The 1980s sci-fi drama V strongly suggests Meghan is responsible.

She only lets people watch Suits
Markle controls the festive TV viewing and only puts on DVDs of her own show Suits. At Sandringham this caused a row when Prince Philip wanted to watch Crank: High Voltage instead. Markle threw the 97-year-old Queen’s consort through a window.

Racist nan mixes it up with rant about 'trannies' 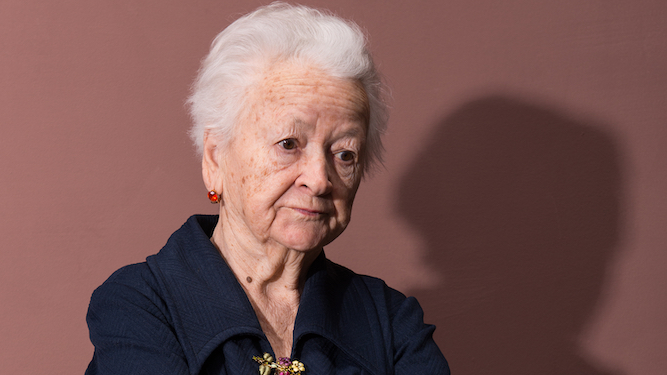 A RACIST grandmother threw a rant about trans rights into her usual bigoted diatribe.

73-year-old Margaret Gerving freshened things up with topical material including a lengthy tirade on gender-neutral children being given hormones by their teachers.

She said: “You’ve got to shock your audience out of their post-dinner stupor, and stories about the shameful things what Uncle Albert saw ‘them’ doing in Ceylon don’t have the impact.

“At least when I chirp something about gender fluidity they want to know where I’m going with it. I really enjoyed winding up the grandkids with my ‘they don’t know if they’re Arthur or Martha these days’.”

She added: “The novelty value then drags them in before they realise the full horror of my views. It keeps me young.”