Have you got 'British values'?

THE government wants to introduce a ‘British values test’ for new citizens. So are you a true Brit or a feckless foreigner?

Take our test to find out.

What would you describe as typical British character traits?
A. Stoicism, a sense of fair play and sticking up for the underdog.
B. Moaning like fuck about Sandra at work getting a new keyboard when you didn’t. Also a massive sense of victimhood at the hands of everyone from the EU to wasps.

Name some less famous but nonetheless important events in British history.
A. The War of Jenkins’ Ear. The Tonypandy Riots. Operation Anthropoid.
B. Boris telling the EU to suck it. Changes to wheelie bin collections. The news that Jason Statham could make a third Crank movie.

You see a yob being rude to people on public transport. What do you do?
A. Tackle the problem head-on like Winston Churchill and bravely tell the ruffian he’s asking for a punch on the nose.
B. Do nothing, go home and bang on to your wife about it until she is weeping with boredom.

Mostly As. You are clearly a foreigner with some romanticised view of British values. Sod off back to Sweden or whichever hellhole you come from.

Mostly Bs. Well done! You have genuine British values. It is people like you who make Britain the wonderful place it is today.

It turns out we couldn't do better after all, reunited couple admits 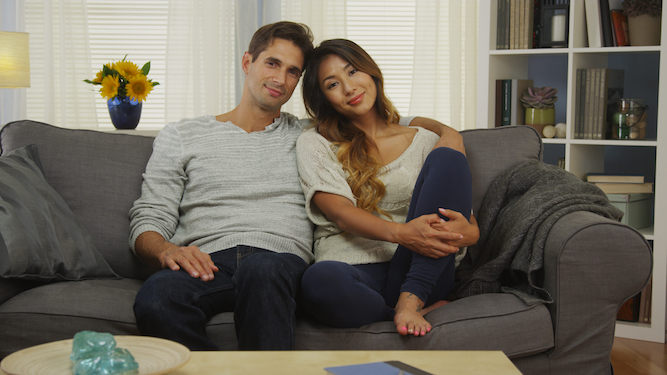 A COUPLE who claimed they had split for a whole host of reasons have got back together after discovering that they could not do better than each other after all.

Nathan Muir and Emma Bradford told friends their relationship was over due to basic incompatibilities and a breakdown of trust, but on reuniting have admitted they were both hoping to trade up.

Bradford said: “Yeah, it had just got a bit stale, you know? Plus I had one definite improvement ready to go and quite a few others on the back burner.

“However the first one turned out to be an undischarged bankrupt living in his auntie’s garage, another possible made me listen to his rap mixtape, and the third, well let’s say he gave me a new baseline for ‘shit in bed’.

“Tinder was a dickheads’ parade, nightclubs are worse, and while one-night stands sound deliciously thrilling from inside coupledom in reality there’s a reason why you fuck off at 6am.

“Six months of that and cosy old Nathan, vintage Subbuteo collection and chronic flatulence and all, doesn’t seem so bad.”