Could you be one of the tossers on The Apprentice?

YOU may think you’ve got the business acumen to take part in The Apprentice, but you’ll need to be a sizeable twat as well. See if you’ve got what it takes.

You must genuinely believe your coffee table that doubles as a cat litter tray has no flaws whatsoever. Your idea to make a beetroot-flavoured fizzy drink, meanwhile, is as important to the world as finding a way to end poverty.

Total willingness to be humiliated

You must be prepared to be publically humiliated week after week by an ageing knobhead drunk on the power of being on reality TV and running a 1980s computer company. And smile obsequiously while he’s doing it.

Imagine business bore Duncan Bannatyne mating with arch-wanker Piers Morgan and somehow producing a child. Now imagine it 35 years later, all grown up and looking like some sort of budget Bond villain in an M&S suit. That is you.

You must be happy to say “I’m what success looks like!” and not realise millions of viewers are gleefully shouting “WANKER!”. Other phrases in your lexicon should include things like “I am the brand” and “There’s no bullshit in ‘team’”.

During challenges you should see no problem in offering a small trader £5 for an antique mirror worth £175 and being told to fuck off. This may explain why you run a failing ‘marketing & PR’ firm above a chip shop in Wolverhampton.

Much of the entertainment value of The Apprentice comes from watching contestants try to shaft each other so blatantly even Sir Alan doesn’t want them anywhere near his video phone business. 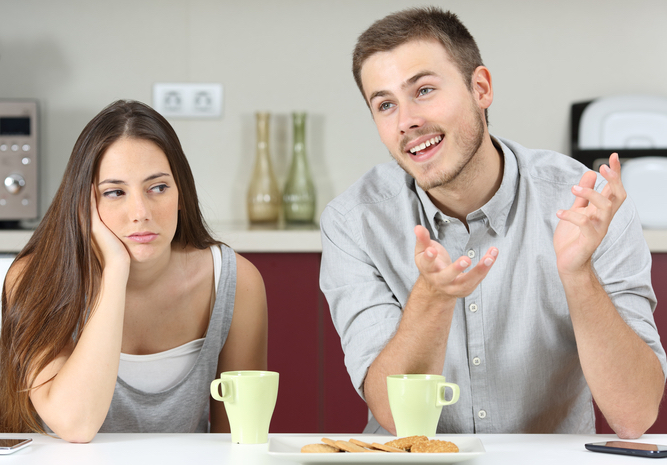 NOT experiencing enough passive aggression in your flatshare? Here are five handy tips to max out those horribly tense vibes.

Hush hush (no eye to eye)

If you were to ever talk about problems in a grown-up manner there’s a danger they might get resolved. So don’t. Does your flatmate keep leaving food in the sink? Just stay quiet and let that resentment build. Ideally, take it to your grave.

WhatsApp baby
Okay, so sometimes things get so bad you just have to mention it. But things always sound much colder and more inflammatory via text, so that’s the way to do it. A WhatsApp group chat is ideal for this. Plus you have the option to not name the culprit – which gives you license to be even more of a dick about it.

Riddle me this
But what if you’re a people person and love to talk face-to-face? Well just make sure to say what’s bothering you in a way that’s impossible to engage with. For example, if you feel like someone is hogging the washing machine just walk up to them and say “You do a lot of washing, don’t you?”. They won’t know what to say and you’ll both stand there awkwardly.

Gaslight of my life
No intention of ever doing any cleaning? Simply make a cleaning rota with a tickchart and put it up on the wall. When it’s your turn to clean, just tick it off, but don’t actually do any of it. Then nag everyone else about keeping to the rota – they’ll be too busy being defensive to realise what an awful prick you are.

A pretty big deal around here
Or if you are a clean freak, whatever you do, don’t just accept your lot in life with good humour. For every single second that your hand is touching a vacuum cleaner or holding a sponge make sure the whole fucking world knows. The flat will both be clean and filled with the sweet smell of guilt and bad feeling.