Shelve all talk of a second independence referendum because it is getting us nowhere; I’ve had a brainwave:  I’ll challenge Theresa May (Big T-Doll as we call her in Scotland) to a traditional Highland wrestling competition here at Holyrood and if I win I get to declare Scotland an independent country. Is this a good idea or do I need to lay off the Irn Bru?

The worst type of violence that can be visited upon a person is the classic playground wedgie. Even being punched on the nose is better than having your underpants hoisted over your head by a bigger boy or girl so everyone in the entire school can see you are wearing your brother’s Spiderman pants because yours are all dirty on your bedroom floor. Not that I have any direct experience of this.

School uniform row has something for every idiot 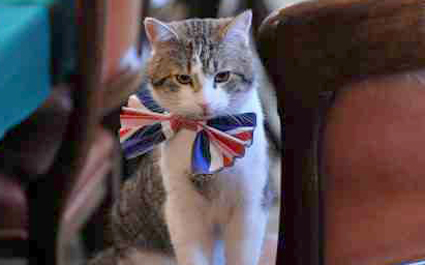 A ROW over school uniforms has delighted a wide range of idiots across the UK.

The dispute at Sandiford Academy in Ramsgate has provoked interest among everyone from needlessly aggressive parents to bigots who hate modern Britain.

Donna Sheridan from Reading said: “It’s like when my Kkkourtnay was sent home from her school for wearing a perfectly normal pair of hot pants and a smart black bra top.

“I did what any normal parent would and lay down on a dual carriageway with a banner saying the school was worse than the SS.”

13-year-old gobshite Tom Booker, from Swindon, said: “My main goal in life is to disrupt lessons so I wore black trainers yesterday instead of shoes and argued the toss for ages. It saved me the hassle of provoking a fat kid until he snaps.

“I got sent home which enabled me to watch Murder, She Wrote. It was my best day since they found asbestos in the science block and we vandalised a tree.”

Accountant Roy Hobbs said: “I don’t know the full facts but I like that the headmaster has a ‘zero tolerance’ approach to whatever it is that is going on. That excites me.

“Also I like slagging off comprehensives and demanding disobedient children are beaten with clubs.”