Any policy Michael Gove had anything to do with is f**king cancelled, says May

THERESA May has confirmed that Michael Gove’s prison reform, education policies and canteen pass have all been cancelled with extreme prejudice.

The prime minister yesterday cancelled the flagship prisons policy created when Gove was justice minister, abolished the academies he created as education minister, and sealed his former seat on the front benches in lead until 2116.

She said: “Imagine you’d seen a poisonous frog on your sandwich. Would you eat it?

“If Gove touched it, it’s gone. The old Chief Whip’s whip has been burned, he’s being digitally removed from all photographs, and we’re not running a candidate in Surrey Heath next election. It can fall to fucking UKIP.

“It’s been a nightmare finding people who’d take his old cabinet posts. Liz Truss stepped forward, but she doesn’t get invited to after-work drinks, not these days. She’s tainted.

“He’s going back to writing newspaper columns, I’m told. Don’t read them. That’s how he lays his eggs in your mind.”

Everyone quite capable of taking drugs at home 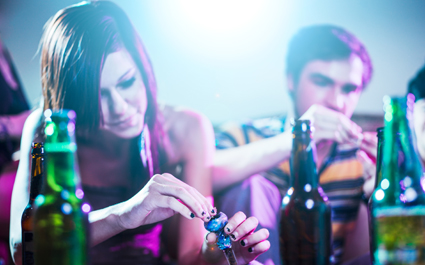 BRITONS do not need to go to a nightclub to take drugs, it has been confirmed.

Following the closure of London nightclub Fabric, Britons explained that their ability to take drugs in their front rooms remained unaffected.

“I’m not sure what the local council can do about that. Take away my license to live in a house?”

Meanwhile dance music fans fear that the closure of venues could force them to go to illegal raves where it is freezing and the music is played by gurning 16-year-olds.

Rave fan Emma Bradford said: “The danger with free parties is that you have to keep your coat on all night, you always have to stay for about three days because you either lose your car keys or the person parked behind you loses theirs.

“To be honest going to clubs is a bit of a nightmare too. I’d rather just save money and take drugs at home where my bed is just up the stairs and nobody can throw me out for being too wasted.”