Your Astrological Week Ahead With...

Leo (23 JUL-22 AUG)
After a painstaking six years, you have finally managed to recreate your entire class from when you were fourteen using shop-front dummies and real human hair. NOW we’ll see who’s going to grow up to be a loser.

Virgo (23 AUG-22 SEP)
You’re a middle-aged man stuck in a lifeless marriage and your dull trip to Tokyo is enlivened by a whirlwind romance with an incredibly nubile Scarlett Johannson. Only kidding, you’re going to spend the whole time masturbationg and eating overpriced cashew nuts in your hotel room.

Libra (23 SEP-23 OCT)
What you want, baby I got it. What you need, you know I got it. All I’m asking is for two proofs of address. A recent utility bill is fine.

Scorpio (24 OCT-21 NOV)
Your last date involved coprophilia, bestiality and analingus. What a fantastic game of Scrabble. Especially after all that filthy, dead-goat sex.

Sagittarius (22 NOV-21 DEC)
By learning French, restoring your cottage using local artisan craftsman, respecting the architectural integrity of the region and throwing yourself into local life, you’ve ensured the lifelong hatred of all your neighbours for being such a smug prick. And that’s a Frenchman calling you smug, mind.

Capricorn (22 DEC-19 JAN)
You begin to realise that your youth is over when you stop associating Saturday mornings with the smell of vomit and a stranger’s genitals and replace it with the smell of the weekend papers and the bitter tang of regret.

Aquarius (20 JAN-19 FEB)
If the last couple of days have been a bit overcast, why not cheer the place up by saying ‘Well, that’s summer over with!’ to every single fucking person you meet?

Pisces (20 FEB-20 MAR)
See, your problem is the pointing’s got creeping water ingress across the semi-perm barrier, the boundary wall’s showing secondary slippage and your V-frame is on its last legs. Now write me a cheque for four grand or I’ll force you to admit you haven’t understood a word of that in front of your wife.

Aries (21 MAR-19 APR)
A gentle foot-rub or a back massage can be a lovely way to relax your partner after a stressful day at work. And it’s all money in the oral sex bank, too.

Taurus (20 APRIL-20 MAY)
Don’t listen to what everyone says. Don’t look at the direct results of your actions. Or the repeated pattern of failure and recriminations. Or why you’re currently living in a burnt-out Transit van. You’re doing just great.

Gemini (21 MAY-20 JUN)
Acknowledging that you’re never going to get on with your neighbours makes it so much easier to walk around your flat sporting nothing but a Batman mask and a cheeky wee hard-on. 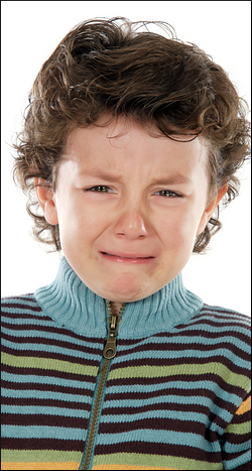 A RECORD number of UK families can’t afford to buy all the shit they want, it emerged last night.

According to new figures 84% of households lack the financial resources to buy even the most basic unnecessary items.

Tom Logan, a company director whose business has been vaguely hit by recession, recently had to cancel plans to purchase a burgundy ‘Milan’ style corner sofa with adjustable headrests.

He said: “I just feel completely gutted. It would’ve really tied the room together.

“The kids keep asking when the new sofa’s coming and I just say ‘soon, really soon’ and ruffle their hair as they gaze up at me, their big, brown eyes full of hope.

“I just haven’t got the heart to tell them, but I think that somewhere inside they know.”

He added: “The old sofa looks really tired, it’s a sort of oceanic blue colour which was frankly a mistake and if you take the cushions off you can see a mark where my youngest dropped a Jaffa cake and didn’t tell anyone for ages so it sort of festered. We’ve had it since last June.”

Sources at DFS said the new ‘Milan’ sofa would have come in versatile sectional pieces with a matching pouffe.

Logan’s wife Anne said: “Times being what they are, once we’ve paid for food, bills, mortgage, repayments on the cars, satellite TV subscriptions, various sports clubs, the odd DVD box set and taken the kids to TGI’s, there’s nothing left.

“Even if we do manage to borrow some sofa money from somewhere, it’ll be too late for the World Cup.”

Meanwhile, mother-of-two Nikki Hollis saw a top in Whistles that would go perfectly with the blue skirt that she likes, but at Â£80 she feels that even if she does buy it she will start feeling guilty and take it back a week later.

She said: “I’d like to ask the government why I haven’t got more money.

“George Osborne could lend it to me, either at a reasonable rate of interest or just as a favour, to be nice.”